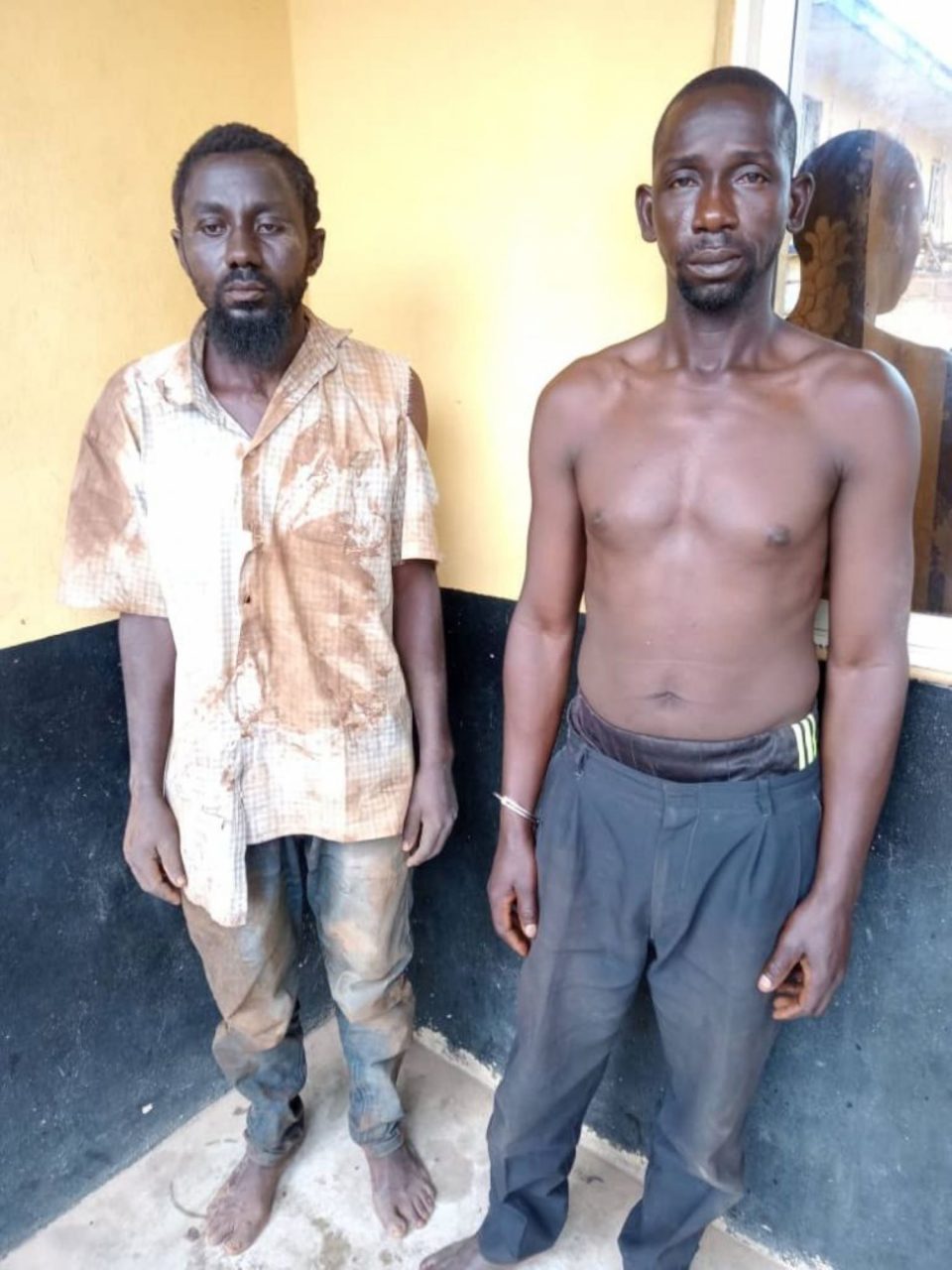 Five kidnappers under the pretest of being vigilantes have allegedly killed a man why trying to kidnap his son at Gombodeked village along Dumne Road in the Song Local Government Area of Adamawa state.

Two of the vigilantes have been identified as Abdulrahaman Alhaji Yakubu, 30 and Suleiman Lawan 35.

While the three others fled away.

Lawan and Yakubu along with those at large reportedly stormed Gombodeked village along Dumne Road in the Song Local Government Area and carried out the attack.

The kidnappers invaded the residence of the deceased in the night and attempted to forcibly take his son away.

While dragging the boy away, his elder brother and father attempted to stop them, but the assailants opened fire on them, killing the father on the spot.

However, on hearing gunshots, the villagers mobilised caught two out of the five kidnappers, and also rescued the victim.

The spokesperson for the police in the state, DSP Suleiman Nguroje, has confirmed that the suspects are in custody.

Sad Story Of 300 Chained People Discover By Police In House