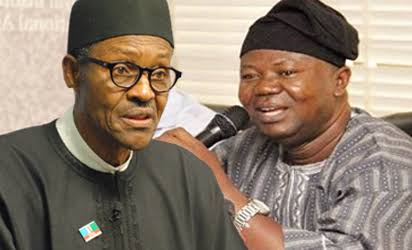 The agreement was reached at the through end of the conciliatory meeting held at the instance of the Minister of Labour and Employment, Senator Chris Ngige and his Education counterpart, Malam Adamu Adamu.

The parties brokered the truce few hours after a team of Students from National Association of Nigerian Students (NANS) threatened showdown against the leadership of ASUU who attended the negotiation.

Ngige who read the agreement signed by both parties, expressed optimism that the strike would be suspended.

He said, “This is going to be a conclusive meeting and conciliatory meeting between Federal Government and ASUU.

“This dispute culminated into a strike that started on the 5th of November, 2018.”

According to him the parties unanimously resolved the eight contentious issues that had prolonged the strike.

He noted that the issue of the NUMPENCO has been resolved as ASUU collected the licence on the 28th January, 2019.

Besides, the Minister said that the Visitation panel has also been instituted and will commence work on 2nd March with the view to sanitizing the tertiary institutions, adding that it was in tandem with anti corruption campaign.

On Earned Allowances, he said that the Federal Government has released the sum of N20 billion to all categories of staff but with ASUU having a bigger chunk of the money.

He however noted that Government has approved additional N5 billion for payment of Earned Academic. Allowances and others.

He further stated that the sum of N25 billion will be released as Revitalisation Fund between April and May 2019 and resume full implementation of the MoU signed since 2009.

On the reconstitution of the Federal Government negotiation team, he noted that none of the parties can dictate who to represent the interest of either parties based on the International Labour Organization Convention.

However, it was agreed that Government’s team should reconvene not later than Monday, 9th and conclude its work on or before 29th March, 2019.

To this end, he observed that ASUU has resolved to brief respective organs with the view to suspend the strike.

On his part, Biodun Ogunyemi, ASUU President said that the brief presented by the Minister was what was agreed.

“Finally we have come up with a document which we have signed on behalf of our members. Our members are waiting and you will hear from us later today,” he said.

Announcing the conditional suspension of the strike, the ASUU President said, “Following a careful review of the report of engagements with the Federal Government on proposals for addressing all outstanding in the 2013 MoU and 2017 MoA, NEC resolved that the current strike action by the union should be suspended conditionally with effect from 12:01am Friday 8th February 2019.
However, should Government fail to fulfill its part of the agreement as reflected in the 2019 Memorandum of Action, ASUU shall resume its suspended strike action as the Union deems necessary.”

Continuing, he said, “ASUU notes, with serious concern, the covert and overt roles of some vice Chancellors in the management and appiication of funds attracted by our Union to Nigeria’s public universities.

“Consequently, we condemn, in the strongest terms, Vice-Chancellors who have made efforts to undermine and, in some cases, attempted to break our patriotic struggles for the revitalization of public universities in Nigeria.

“ASUU will not shy away from taking headlong those Vice-Chancellors who are reputed for acts of impunity, nepotism and other forms of conduct which are antithetic to university culture and the progressiye development of our universities. Our union will compile all
their shenanigans and forward them to relevant authorities for further action.”

On the new agreement he said, According to him, “To date, ASUU has had a total of ten (10) interactive meetings with representatives of FGN which have culminated into a Memorandum of Action of 2019.

“Highlights of the MoA include the following: In addition to the N20 billion for 2018, the sum of N25 billion only would be released in April/May 2019, after which government would resume full implementation of the MoU of 2013.

“Part-payment of the outstanding arrears of the earned acedemic allowances; defraying the balance up to 2018 in 4 tranches within 36 months; and mainstreaming further payments of EAA into the annual budgets beginning from 2019 budget.

“PICA verification and the release of the arrears of salary shortfall at the Federal University of Agriculture, Makurdi, not later than 15th February 2019.

“Strengthening the Consultative Committee on State-owned Universities
(CCSOU), inaugurated on Monday, 28th1anuary, 2019 to look into the issues of proliferation, underfunding and governance to consistently deliver on its
mandate.

“Payment of the outstanding EAA arrears of all eligible staff in the University of Ilorin, especially the loyal ASUU members whose appointments were illegally terminated by today, 7th February, 2019.

“Acknowledgement and appreciation of Government for facilitating the
release of the final letter of approval for the granting of operational license to N UPEMCO.

“Visitation to all Federal Universities would commence tentatively by 11th March, 2019.

“Provision of documented guidelines on procedures and roles of parties in the process of renegotiating FGN-ASUU Agreement of 2009 which would
commence not later than 18th February 2019 and end by Friday 29th March, 2019.

“Based on the initial proposals from Government, the Union made extensive consultations through its various organs. The final level of consultation was the meeting of the National Executive Council (NBC) which took place 6th-7th February, 2019.”