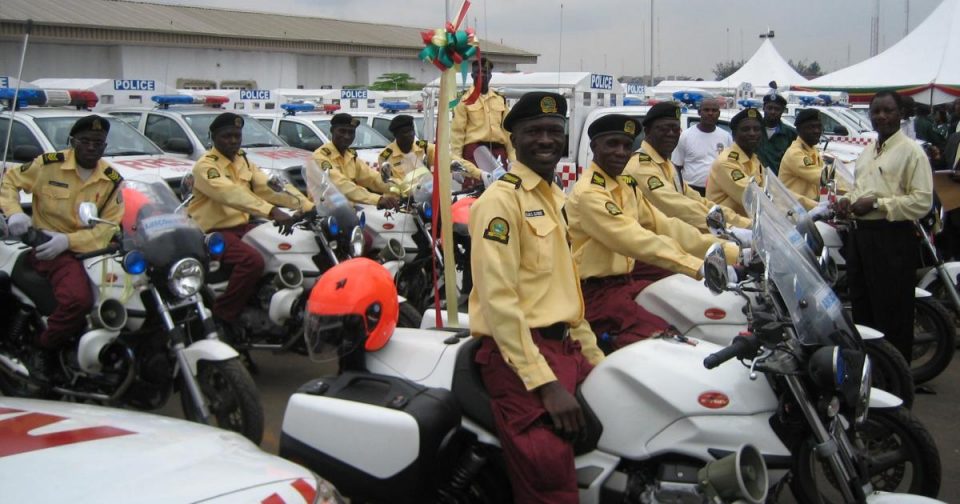 As President Mohammadu Buhari visits Lagos on Saturday, the Lagos State Traffic Management Authority said it has deployed 1,000 personnel to monitor traffic during the Presidential Campaign of the All Progressives Congress.

The Lagos State Traffic Management Authority says it has deployed 1,000 personnel to monitor traffic during the Presidential Campaign of the All Progressives Congress on Saturday in Lagos.
Chris Olakpe, LASTMA Chief Executive Officer, made this known in an interview with the News Agency of Nigeria on Thursday.
Olakpe said that the agency was prepared to monitor and control traffic within the state during the APC presidential campaign.
He said: “We are well prepared for the APC Campaign on Saturday to monitor and ensure free flow of vehicular movement across the state.
“Different logistics have been put in place to give back to traffic officials at various corridors to manage the flow of traffic.
“Close to 1,000 personnel have been deployed to ensure that critical areas are manned for parking, traffic control and management.”
According to him, LASTMA will also collaborate with the military, police and other law enforcement agencies including the Neighbourhood Watch to monitor in and out of vehicles and for security purposes.
Olakpe added: “All hands must be on deck, many transport logistics will be put in place to give back to the traffic officers on duty.
“Areas like Ikorodu Road, Ojuelegba, Barracks, Stadium, Costain to Funsho Williams and Surulere corridors will be thoroughly supervised for free flow of traffic.”
NAN reports that ahead of President Muhammadu Buhari’s campaign tour to Lagos State on Saturday, the state government had on Wednesday announced traffic restrictions and diversion on some routes in the state.
Demola Seriki, the Chairman, Transport Committee on APC Presidential Campaign, said at a news conference in Alausa that all hands were on deck to ensure free flow of traffic while the visit lasted.
Seriki, a former Minister of State for Defence, said that the travel advisory was necessary to advise people on alternative routes.
According to him, this is to ensure that all those who would not be at the venue of the campaign do not get stuck in traffic.
He listed the 18 routes to be affected to include: Surulere and its environs, Marina Road, Ikorodu Road, Mobolaji Bank Anthony Way, Third Mainland Bridge, Obalende and International Airport Road.
Other routes are Oshodi/Oworonshoki Expressway, Agege Motor Road, Jibowu, Yaba and its environs, Ijora Olopa, Apapa Road, Costain, among others.
He advised traders, transporters and residents, in general, to stay off Surulere axis in particular, as concentration would be on the axis.
Seriki said that the routes would be closed from 10am to 6pm, while alternative routes would be provided.

Presidency Dismisses Report of Buhari Getting a New Wife