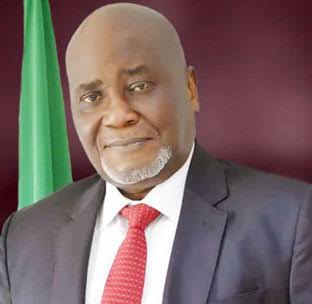 With less than two weeks to the all-important 2019 presidential election, the air is expectedly, saturated with politicking and the Office of the Special Adviser to the President on Niger Delta and Coordinator of the Presidential Amnesty Programme has not been an exception.

Though Professor Charles Dokubo, the coordinator of the programme has not allowed politics to distract him from the efficacious delivery of the mandates of his office as shown in the recent commissioning of a world class oil and gas vocational training centre in Agadagba – Obon in Ondo State, he has however been receiving stakeholders from the Niger Delta who daily throng his office to express appreciation for the giant strides the amnesty programme has been recording and to pledge their support for President Muhammadu Buhari’s second term bid.

The stakeholders, just like the hundreds of Ijaw youths resident in the 19 northern states and the Federal Capital Territory who were at the Amnesty Office recently on a solidarity march, believe that Buhari has since his election into office in 2015, shown and indeed given practical support to the development of the Niger Delta and should, in return, be supported to get a second term in office.

“We are here to tell the whole world that President Buhari and Prof. Charles Dokubo have done well. Since his appointment about nine months ago, Dokubo has done a lot to endear the people of the Niger Delta to Mr. President and the Federal Government. For example, since he came into office he has started reviving all the moribund and abandoned training centres for the Amnesty Programme.

“As a matter of fact, he has done enough and he is still doing more. We are queuing up behind President Buhari and Prof. Dokubo because they have done well and we believe both men would take the Niger Delta to the next level,” Comrade Akasah Eniyekeye Kelvin who led the group, Ijaw Youth Association in Northern Nigeria, said at the rally.

For Dokubo, the visit provided another opportunity to reiterate his call for support for Buhari’s second term bid and also to underscore his determination to use the Amnesty Programme to transform the youths in the region as directed by the president.

“Our people have come to show Mr. President and I support which will go a long way. This office belongs to all of you and I was appointed to change the tune and narratives in the Niger Delta. It is not only about paying N65, 000 monthly stipends to a few people, the president is concerned about massive capacity building that would lead to gainful employment of our teeming youths. The president is supporting us to create small and medium scale entrepreneurs in the Niger Delta.

“In essence, that is what we are currently doing for Mr. President in the Niger Delta through the Amnesty Office. I can confirm to you again and again that President Buhari has continued to give us all the support and backing we need. So in return, I am urging you all to retain him in office as our president by voting massively for him in the forthcoming election,” Dokubo enthused at the solidarity rally.

The presidential adviser who expressed his determination to continue to tailor the policies of the Amnesty Programme to achieve its original mandate and transform its beneficiaries to become change agents admonished the group to “please, let us work together. Let us work for the re-election of President Muhammadu Buhari”.

It will be recalled that at the inception of his administration as the Coordinator of the Presidential Amnesty Programme, Dokubo had at series of meetings with the most important stakeholders of the amnesty programme – the leaders of the ex-agitators – spoke on the need to support the president’s vision for the development of the Niger Delta.

He had at the meetings underscored for the ex-agitators the compelling need to continue to maintain peace in the Niger Delta, so that the impact of the Amnesty Programme in the development of the region can be felt.

The campaign was also designed to showcase the giant strides, activities and achievements of the President Muhammadu Buhari led administration through the Presidential Amnesty Programme to the people of the oil producing communities of the Niger Delta.