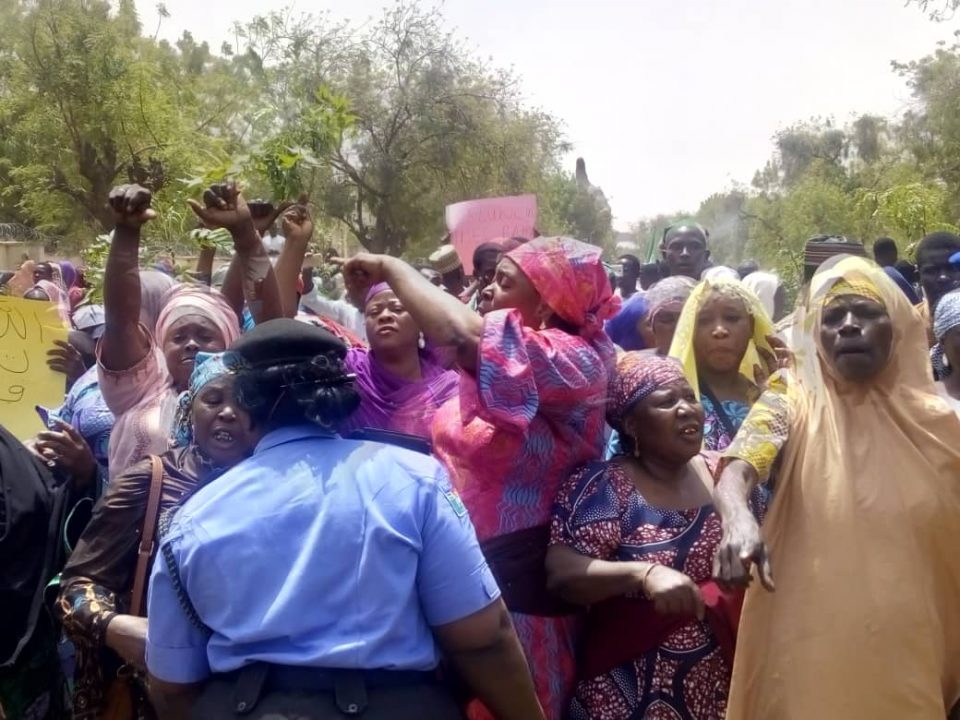 Women in Sokoto State have Tuesday stormed the office of the Independent National Electoral Commission, INEC, calling on the electoral commissioner of the State to declare the winner of the gubernatorial election held last Saturday.

Protesting against the declaration of inconclusive election in the state, the women whose political party affiliation was unknown, urged the commissioner to let peace reign in the state by declaring the winner without delay.

In responding to their demand, security operatives attached to the INEC office in the State fired tear gas at the demonstrators who gathered at the office.

The protesters, made up of women, displaying placards and chanting, ‘’One of the candidates be declared the winner of the election’’ were denied access to the INEC office by the security operatives.

You will recall that Sokoto State was one of the six states where the governorship election was declared inconclusive on Sunday. Others are Benue, Kano, Adamawa, Plateau, and Bauchi.

As at the time of filing this report, the protesting women are still demanding the INEC office be opened to them to submit their message to the resident Electoral Commissioner. Efforts by our correspondent to talk to INEC official in the State proved abortive.

Nigeria Army Should Channeled Resources On Herdsmen Not IPOB – Powerful