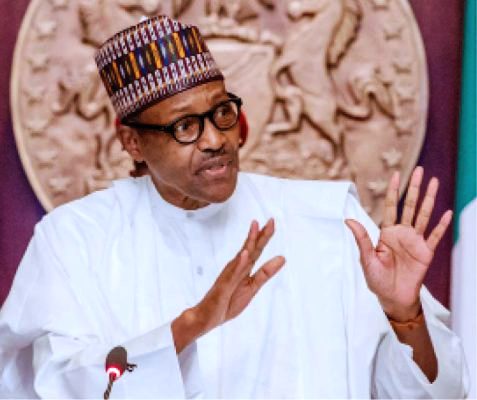 President Muhammadu Buhari has explained why he maintained that fuel subsidy is a fraud. Buhari who was Petroleum Minister from 1976-78 and Governor of North-Eastern State, comprising  today’s Bauchi, Gombe, Borno, Yobe, Taraba and Adamawa states knows what transpired in the sector.

Besides, as former Head of State for 20 months from December 31,1983, if he says fuel subsidy is a fraud, he knew what he was saying.

Therefore when as a presidential candidate he told the country in 2011 that the much touted fuel subsidy is a fraud, it was assumed he knew what he was talking about. He asked the basic question: “Who is subsidizing who?”

He explained the cost process and told the public that fuel subsidy in an oil-soaked country like ours, is nothing but corruption; a brazen theft of public funds. As to how we can determine the true cost of a litre of fuel, he worked it out brilliantly: “the cost of one barrel at the wellhead and then the cost of transportation to the refinery, the cost of refining it and its cost at the pump.” Based on this basic economics he concluded: “If anybody says he is subsidizing anything, he is a fraud.” Last Wednesday, April 18, 2019, President Buhari presided over the meeting of the Federal Executive Council, FEC, and allowed himself to be cowed by the subsidy sharks into accepting the delusion that there is high fuel subsidy. He let himself be conned into believing the International Monetary Fund, IMF, claims of fuel subsidy which must be removed to allow higher fuel prices. As in the past, the hike will hurt the Nigerian people, negatively affect the economy and significantly increase mass poverty. Already, under the Buhari  Presidency, Nigeria, with 87 million citizens   under the poverty line, has attained the dubious status of being the poverty capital of the world.

For the Buhari leadership, it is no longer a question of whether fuel prices will be increased; it is when. His Minister of Finance, Hajia  Zainab Ahmed, at a press briefing said: “We need to find how we can exit fuel subsidy. But how do we do that? We do that only when we have enough buffers to cushion the effects of the removal for our people…In some countries, they provide buses to transport people, in some countries they provide subsidies for people that are directly requiring the subsidies… We have not found a way to do it. What we are doing now, the subsidy, it is everybody that is benefiting, whereas it should be the people that are really vulnerable that need it.” Her speech contains four main ingredients. First, that Buhari and his government accept the contrived fuel subsidy. Secondly, that the administration agrees with the IMF that fuel subsidy is like cancer which must be removed. Thirdly, that fuel price would be hiked. Fourthly, because Buhari loves poor Nigerians, he wants to cushion the effects of the price hike.

The issue of ‘cushioning’ the effects, is a fraudulent old trick repeatedly played on Nigerians. For instance, when in 1989 and 1991, the Babangida regime increased fuel prices, it introduced “cushioning” effects by launching a Bus Mass Transit Programme, MTP, and establishing the Directorate of Food, Roads and Rural Infrastructure, DFRRI. In the case of the Jonathan administration, after increasing prices on January 1, 2012, it established the Subsidy Reinvestment and Empowerment Programme, SURE-P, as “cushioning” effect. The fraudulent logic in these cosmetic cushioning effects, is that subsidy favours only the rich, there is, therefore, the need to assist the poor to bear the pains. While the Babangida and Jonathan governments, were more straight forward on these issues, the Buhari  government engages in camouflage. It is giving the impression that it is sorry for the people that is why it must first put cushioning effects in place before increasing the price. This does not tally with its previous actions. On May 11, 2016, it jerked fuel price from N87 to N145 without any so-called cushioning effects. Nigerians would not be unwise if they believe the Finance Minister when she said: “We should not be contemplating removing the subsidy because, indeed when we do, there will be people that will suffer.” In reality, it is like the tiger stalking  its prey. In fact, while the Buhari government had claimed that it was not paying subsidy and that it had thereby saved the country N1.4 trillion annually, in truth, it was paying about that amount as fuel subsidy. Dr. Agbon Izielen, a Nigerian oil expert based in Texas, United States in December 2011, put flesh on Buhari’s informed submission on fuel pricing: “At the refinery gate in Port Harcourt, the cost of a barrel of Qua Iboe crude oil is made up of the finding/development cost ($3.5/bbl) and a production/storage/transportation cost of $1.50 per barrel. Thus, at $5 per barrel, we can get Nigerian Qua Iboe crude to the refining gates at Port Harcourt and Warri. One barrel is 42 gallons or 159 litres. The price of one barrel of petrol at the depot gate is the sum of the cost of crude oil, the refining cost and the pipeline transportation cost. Refining costs are at $12.6 per barrel and pipeline distribution costs are $1.50 per barrel. The distribution margins (retailers, transporters, dealers, bridging funds, administrative charges, etc.) are N15.49/litre or $16.58 per barrel. The true cost of one barrel of petrol at the Mobil filling station in Port Harcourt or anywhere else in Nigeria is, therefore, ($5 +$12.6+$1.5+$16.6) or $35.7 per barrel. This is equal to N33.36 per litre compared to the official price of N65 per litre.” Armed with such scientific analysis, the Trade Union Movement that December 2011, met then President Goodluck Jonathan. I was the Acting General Secretary of the Nigeria Labour Congress, NLC. The government technical team led by then Finance Minister, Dr. Ngozi Okonjo-Iweala, tried to bamboozle us with all sorts of statistics, slides, videos and subsidy statements to justify the administration’s claims that the landing cost was N141 per litre. We punctured holes in the presentation and showed the statistics to be padded. We went further to ask Dr. Okonjo-Iweala that since the government claimed that it had a 60 per cent local refining capacity, she should tell us the cost of a litre of locally refined fuel. She flared up, protesting that she was not a liar. At that point, President Jonathan intervened, asking us to come with our statistics to the next meeting slated for January 2012.  But that was aborted as the government on January 1, 2012, increased a litre of fuel  from N65 to N141. With that, mass street protests and strikes swept through the country. Although the waves did not sweep away the Jonathan government, it never recovered from the effects. Except the Yar’Adua administration, all governments since 1987, had feasted on the fuel subsidy fraud.