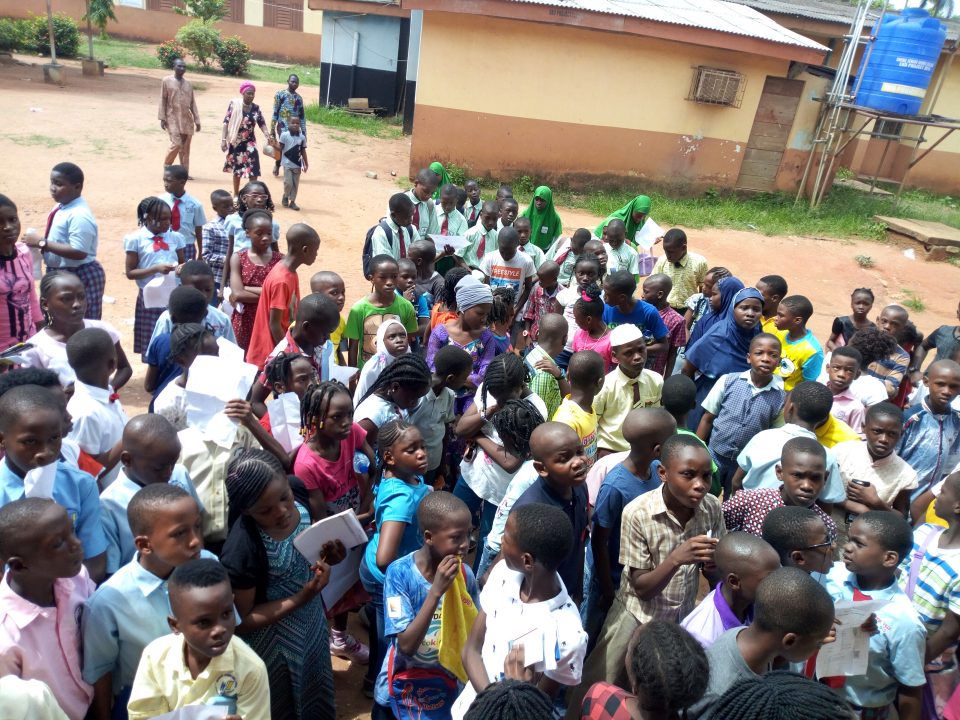 National Examination Council, NECO and parents of candidates, yesterday (Saturday) commended the conduct of the Federal Government entrance examination to the 104 Unity Colleges across the 36 states in the country.

Speaking with NECO official in charge of Oriwu Senior Model College Centre, Ikorodu, Lagos, Mrs Ijeoma Elekwe said: “Unlike last year, the examination started 5 minutes past 12 noon because of the clean-up exercise in many parts of the country.

Parents and candidates, she noted who came as early as 7am, felt they were unduly delayed for the commencement of the examination, as Lagos and some other states in the South-west and South-east  were not observing the environmental sanitation like other states. She explained that for the examination to start the same time, the authorities shifted it to 12 noon.

Elekwe  said  that the only complaint from parents was those whose children pass sport photographs were missing on the registration form. She attributed the error to parents and not NECO, explaining that some parents who registered at the cyber café failed to discovered the mistake. ‘’ When it was registered online and parents printed the copy, they should have identified the missing passport,’’ she said.

On time duration for the examination, Elekwe said: ‘’The first paper started 5 minutes past 12noon, and end at 2:20pm and we proceeded on break for 20 minutes. The second paper started at about 2:30 pm and ended 2:45pm, they  enter again at 2:50pm and started  3:00pm to finish 4:45pm. She urged parents to encourage their children to adequately prepare for the entrance examination by reading.’’

‘’However, the constrained that I felt we parents had was with the issue of the time. The examination was slated for 12noon and they asked us to come by 7am. Parents complained about it. They should have told us that 9:30am. Apart from that, I don’t think there is any other problem. The way they planned the examination is highly encouraging. Parents did not go close to the children and the parents who were attempting going with the children were stopped. That shows the conduct of the examination is good.’’

On her part, Mrs Titilayo Ogunlosi, a parent at the Oriwu Centre, Ikorodu said: ‘’I had two children that did the entrance examination two years ago and the conduct was okay. The same thing this year, the conduct is okay. For me basically, everything is okay.’’