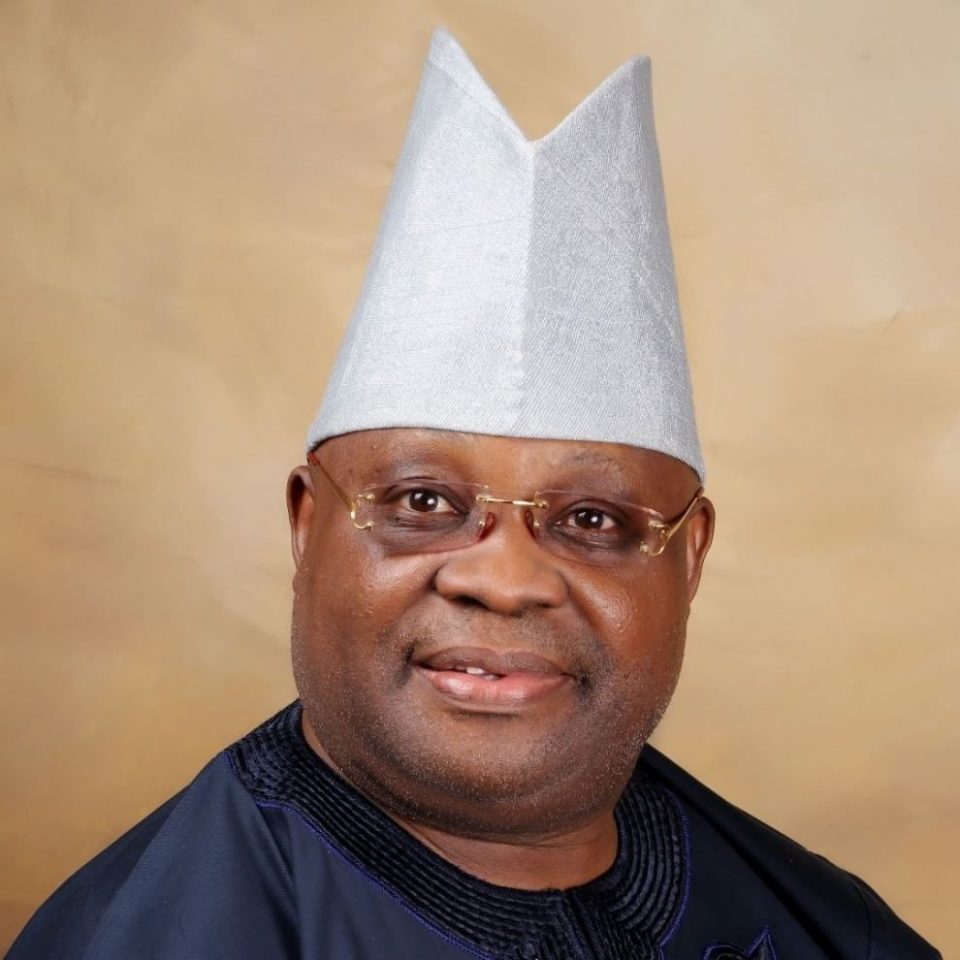 ABUJA- The Peoples Democratic Party, PDP, Monday said it has uncovered plot by the Nigerian Police to poison its 2018 governorship candidate in Osun state, Senator Ademola Adeleke, who was same day arrested by the Police in Abuja.

The party described the arrest as a total disregard for the extant order of the Federal High Court.
Addressing a press conference late Monday night, National Publicity Secretary, Kola Adeleke, said the development is “highly provocative, an invitation to anarchy and recipe for a very serious crisis not only in Osun but also in the judiciary and our polity as a nation.

” While calling the Senator’s immediate release, the PDP stressed that the demand “is predicated on fears already in the public space that there are plots by certain elements to poison him in detention.

” The text of the press conference read: “The arrest and detention of Senator Adeleke is a direct act of violence against our laws, the institution of the judiciary and the 1999 Constitution (as amended).

“This is part of the grand plot by the All Progressives Congress, APC, to coerce Senator Adeleke to relinquish the mandate that was freely given to him by the people of Osun state, which was further established by the election petition tribunal.

“The plot is to drag Senator Adeleke before an ostensibly compromised magistrate court, over the same issues of alleged forged school testimonial that is already before the Federal High Court, with a view to using such corridor to secure a stampeded trial and hurried conviction, and put him out of circulation, over trump-up charges.

“The heinous calculation by the APC is to ensure that Senator Adeleke is not free to be sworn in as governor of Osun state as they know he will surely obtain justice and retrieve his stolen mandate at the Court of Appeal and the Supreme Court.

“The police arrested Senator Ademola on the guise of an invitation despite the direct orders of the Federal High Court, restraining it or its agents from arresting and detaining him on account of statement of result and testimonial duly issued by the Ede Muslim Grammar School, Ede, pending the determination of the originating summons pending in the court.

“Senator Adeleke, as a law-abiding citizen, honoured an invitation by the police only for him to be arrested and detained in a dingy facility in Maitama, in direct affront to the order of the Federal High Court.

“The PDP holds that any arraignment of Senator Adeleke in a magistrate court, for a matter that is already being heard by the Federal High Court, is a calculated plot to cause crisis in the judicial system, enmesh the matter in unnecessary controversy as a pathway to truncate the course of justice in his matter.”