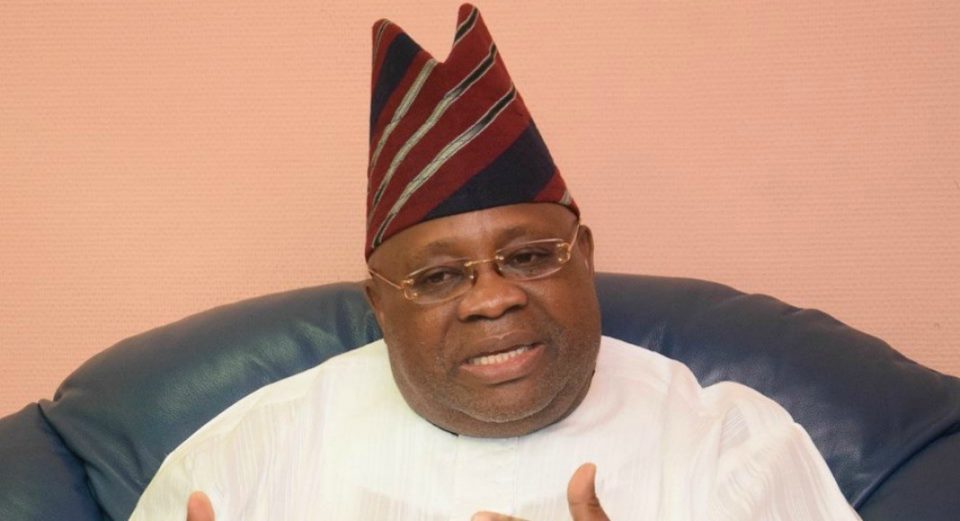 The Federal High Court sitting in Abuja has granted Senator Ademola Adeleke permission on health ground to travel abroad for medication, after he pleaded not guilty at the charges levelled against.
The Police had filed fresh charges against Senator Ademola Adeleke and arraigned before a Magistrate Court in Mpape, Abuja on Tuesday. He was arraigned on a fresh five-count charge.
Adeleke was in 2018 accused of forging a letter of attestation and result from Muslim Grammar School, Ede, Osun State, which he allegedly submitted to the Independent National Electoral Commission (INEC) before he contested the last governorship election in Osun State as the candidate of the Peoples Democratic Party (PDP).
The police already have a similar charge pending before the Federal High Court, Abuja in which he is currently being tried with four others.
Adeleke pleaded not guilty when the charges were read to him, following which Magistrate Muhammed Suberu granted him bail at N2 million with one surety, who must reside within the jurisdiction of the court.
The Magistrate also granted Adeleke permission to travel abroad to attend to his health as earlier granted by a Federal High Court in Abuja and a High Court of Osun State in Ikirun.