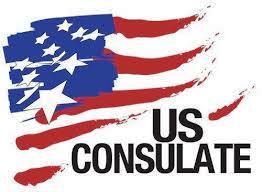 The United States (U.S) has lauded the assistance of Nigerian Federal Ministry of Justice, Central Authority Unit and the National Drug Law Enforcement Agency (NDLEA) in the extradition of U.S. indicted defendant Muhammad Khalid KHAN to the U.S.

Khan had been charged with attempted narcotics importation, conspiracy to import a controlled substance into the U.S., and international money laundering.

In a release, the United States Consulate General said: ”KHAN was arrested at the request of the U.S. Justice Department in Nigeria pursuant to a federal arrest warrant issued in the Southern District of New York. The United States Department of Justice heavily depended and relied on the support and professionalism of Nigerian law enforcement in coordinating  the successful arrest and extradition of KHAN, who is charged with attempted narcotics importation, conspiracy to import a controlled substance into the U.S., and international money laundering.

”Muhammad Khalid KHAN controlled an international drug trafficking and money laundering network responsible for trafficking narcotics to the U.S., Australia, Africa and Europe.  His money-laundering network was widespread throughout the U.S. Australia, Canada, Africa, Europe and Asia.  Muhammad Khalid KHAN has been the target of multiple DEA investigations including those conducted by international DEA Offices in Lagos, Nigeria, Islamabad, Pakistan, and Sydney, Australia, and domestic offices in New York and the DEA Special Operations Division, as well international partnerships with the Australian Criminal Intelligence Commission and the Royal Canadian Mounted Police.

”Beginning in October 2017, KHAN, DEA began investigating this Southwest Asia-based drug trafficker. Over the course of several investigations, KHAN was found to be responsible for trafficking multi-kilogram quantities of heroin and the importation of said heroin into the United States and Australia.  NDLEA investigators in conjunction with the DEA Lagos Office ran a parallel investigation into KHAN’s utilization of a Lagos-based Nigerian narcotics transportation network, in furtherance of distribution of southwest-Asian heroin to global markets.

”The U.S. Federal indictment out of the Southern District of New York charges KHAN, 31, a citizen of Pakistan, on three counts: (1) attempting to import heroin into the United States, (2) international promotional money laundering, and (3) international concealment money laundering. If convicted, KHAN faces a maximum sentence of life imprisonment and a mandatory minimum sentence of 10 years in prison on Count One, and a maximum sentence of 20 years on each of Counts Two and Three. The statutory minimum and maximum sentences are prescribed by Congress and are provided here for informational purposes only, as any sentencing of the defendant will be determined by a judge.

”The U.S. Justice Department and the Drug Enforcement Administration (DEA), and the DEA Lagos Country Office looks forward to continuing a collaborative effort between the Nigerian Ministry of Justice and their Nigerian law enforcement partners in furtherance of identifying and bringing to justice transnational criminal organizations whom are determined to saturate our communities with illegal, and dangerous controlled substances around the world.”