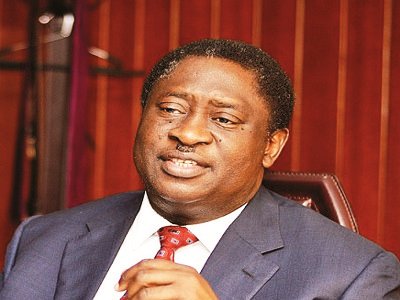 … As SSANU Denies Taking Side, Dissociates Union From Impasse

Based on fillers from some professors close to UNILAG’s authorities, Vanguard can authoritatively say that the feud between the Pro-Chancellor, Vice-Chancellor and other queried principal officers has been resolved and peace restored.
One of the Professors (Name withheld) who spoke with Vanguard said: ”I’m not a member of the Council. But I see the peace of the graveyard.” She however lamented that there are many unanswered issues.

However, the outcome of the meeting today between the principal officers of UNILAG and the House of Representatives Committee on Public Procurement will determine the fate of the officers.

Both Dr. Wale Babalakin and many other principal officers of the institution, past and present have been accused of one form of allegation or the other. Both the present and past managements were accused of contract award without recourse to due process, payment without valid contracts and approvals, contract overpayment, contract splitting by vice-chancellors and tenders board, over budgetary spending, frequent official travels, and expenditure without due approval by the governing council. The allegation has been refuted by the principal officers
The bubble busted when the Pro-Chancellor through the registrar of the Council issued three different queries to the past and present principal officers.

Separate queries bordering on allegations of travelling without permission, financial impropriety, among others, had been issued to the Vice-Chancellor of UNILAG, Professor Oluwatoyin Ogundipe, by the institution’s Registrar, Oladejo Azeez.
The university’s former Registrar, Taiwo Ipaye, also received three letters of query bordering on similar allegations, while the immediate past vice-chancellor, Rahamon Bello, was also issued one. The immediate past bursar of the university, Lateef Odekunle, and his successor, Lekan Lawal, was also queried.

The Academic Staff Union of Universities had in a letter written to the Minister of Education, Mallam Adamu Adamu accused Babalakin of wanting in procedures.

According to the Union Chairman, Dr. Dele Ashiru, the Pro-Chancellor has shown disrespect, disdain and utter contempt for the Nigerian University System since he assumed power.
He made reference to the recent appointment of the University Librarian, adding that Dr. Wale Babalakin violated all extant rules, regulations and procedures guiding the appointment of a Principal Officer in the University.
For example, he said: ”In the advertisement for the post of the University Librarian(See Appendix 3), the Pro-Chancellor insisted that there should be a clause in the advertisement which made the possession of a Doctorate Degree, which is mandatory for all academic positions a “mere advantage”. ”This is in spite of the overwhelming disagreement by some members of the University Council and our Union.

”In the said advertisement, it was stipulated that applicants for the said position should not be more than Sixty-Five (65) years of age by the 1st of March, 2019. In the shortlisting process, the Committee shortlisted only applicants who met all the requirements as contained in the advertisement but the Pro-Chancellor insisted that a particular candidate who was clearly over aged be included in the list of those shortlisted.
”Notwithstanding the defective composition of the Selection Board, the Pro-Chancellor went ahead and announced the appointment of a University Librarian.”

To stem this ugly trend which Ashiru describes as capable of rupturing the industrial peace and harmony that the University currently enjoys, he urged the Minister to call him to order. Stakeholders in UNILAG are asking if these gray areas have been resolved.
Sequel to letter harvest of queries, the principal offers were summoned by the House of Representatives Committee on Public Procurement to appear before it today (Thursday). This is just as the principal officers also met yesterday (Wednesday) with the National Universities Commission, NUC to chart the way forward.

Meanwhile, authorities of the Senior Staff Association of Nigerian Universities (SSANU), University of Lagos, UNILAG branch has denied the press release earlier issued in its name, but not signed by its Chairman, adding that the Union dissociates itself from any act, utterance or disposition that could bring the institution to disrepute.

You will recall that some media houses, not Vanguard, few days ago published a presupposed release from SSANU where the union reportedly took side with the Council’s Chairman, Dr. Wale Babalakin (SAN) and the Registrar.

However SSANU branch Chairman, Mr Olusola Showunmi said: ”We dissociate the Union from any act, utterance or disposition that could bring our collective heritage into disrepute and inadvertently water down the cherished achievements of several decades”.
The excerpts from the previous unsigned released states: “The present face – off is the eventual culmination of the Council Chairman’s dissatisfaction with the University Management’s handling of the institution’s accounts, precisely, the institution’s income and expenditure, as well as appropriateness of fiscal procedural matters.

“Rumours and grape vine information have been rife for more than six months concerning subterranean conflict between Management and Council, bothering on the suspicion that the University Internal Generated Revenue (IGR), probably the highest in Nigeria, does not match even up to 60% of the expected staff welfare as well as projects on ground.”The above statement that was credited to SSANU has been denied.

Having spent two days on UNILAG’s campus, Vanguard gathered from some lecturers that the crisis rocking the institution was beyond the allegation of mismanagement of funds. Some of the lectures alleged that the pro-chancellor has a hidden agenda. ‘’He queried the vice-chancellors both the immediate past and present, all the DVCs except one. The exonerated DVC is also guilty of the same allegation over which the other DVCs were also queried. His intention is to suspend the present vice-chancellor and replace him with his favourite DVC,’’ they alleged.

Fake News: How U.S, Facebook Save Atiku From Political Embarrassment