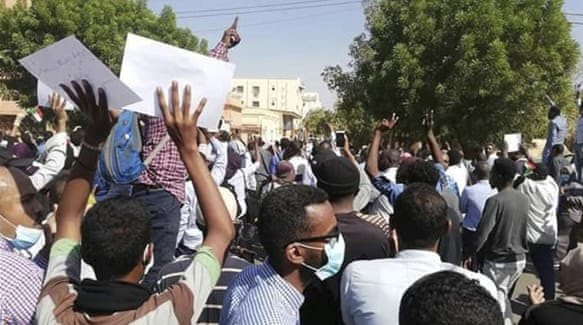 Helpless dying Sudanese are seeking for pressure from Ethiopia and regional allies on Sudan Transitional Military Council and paramilitary forces, as about 100 Sudanese have been reportedly killed and over 700 injured for protesting.

According to Amnesty International, events in Sudan are being blocked by a massive internet and media blackout, adding that the Sudanese people are struggling to make their voices heard.

The citizenry believe that the Prime Minister of Ethiopia – Abiy Ahmed who met with Sudan’s Transitional Military Council last week has the influence to pressure the Council to withdraw the Rapid Support Forces from any policing and law enforcement operations.

Since December, the people of Sudan have amazed the world with their hope-filled protests and countless stories of dance, music and human kinship, in their attempts that helped end 30 years of brutal rule under (now ousted) President Umar al-Bashir.

It is reported that their peaceful protests stand in stark contrast with the brutal behavior of the Transitional Military Council and paramilitary forces, who are leading one of the most severe crackdowns yet. Report from Sudan states: “Peaceful protesters have been shot in their backs while trying to escape and a number of bodies have been found dumped ruthlessly in the River Nile.”

Pressure is mounting globally and regionally. The African Union has already suspended Sudan. However, that is not enough, they need more pressure from regional allies, so we can ensure that the voices of the Sudanese people are heard.