If You Have Bitcoin In Wallet, Read…

Bitcoin Hits $37,000 After Democrats Takes Over… 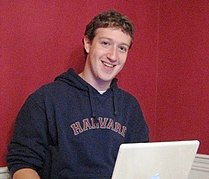 As Facebook unveils its Cryptocurrency ‘Libra’ on June 18, Visa, Mastercard, PayPal, Uber, Stripe and Booking.com will each invest $10 million to develop the currency.

According to the Wall Street Journal Reports, WSJR, the investment of these six global firms in Facebook currency would earn the consortium power to govern the digital coin independently of Facebook.

It said: “These major financial organizations like Visa and Mastercard, and internet darlings like PayPal, Uber, Stripe, and Booking.com will invest around $10 million to fund development of the currency, and will become part of the Libra Association.”

“The involvement of major financial firms like Visa and Mastercard is interesting, because cryptocurrencies are typically seen as providing a cheaper alternative to these payment networks.

“These companies want to get involved so they can monitor Facebook’s payment ambitions, as well as benefit from the popularity of the currency should it take off with Facebook’s 2.4 billion monthly active users.

“For Facebook, establishing an independent body is thought to provide cover with users and regulators, who have grown increasingly wary of both the amount of power Facebook wields, and its cavalier attitude towards the responsibilities this brings.”

However, different from Bitcoin and other altcoins, Libra coin is expected to function as a stablecoin, adding that it would be pegged to a basket of government-issued currencies in order to limit the volatility typically associated with other cryptocurrencies.

Nevertheless, there seems to be a shift in paradigm from the initial purpose of Bitcoin creation,which was basically to allow everyone controls its money through descentralized means.

It is believed that stability of the currency is key, since Facebook is hoping to attract users in developing countries with an alternative to more volatile local currencies.

It explains that it will also allow users to send money over Facebook’s messaging products like WhatsApp and Messenger, Facebook, pointing out that hopes its partnerships with e-commerce firms will allow users to spend the currency online.

The company is reportedly also looking into developing ATM-like physical terminals for people to convert their money into Libra.

However, Facebook will need to overcome numerous regulatory hurdles before it’s able to launch the currency, and will need to address concerns around fraud and money laundering (a concern within the consortium).

Facebook has reportedly met with the Bank of England governor, Mark Carney to discuss the currency’s opportunities and risks, as well as the US Treasury and money transfer firms like Western Union. Getting the regulatory aspects of the currency right will be of crucial importance if the currency is to succeed in Key markets like India, which has taken a hostile attitude towards cryptocurrencies in recent years.