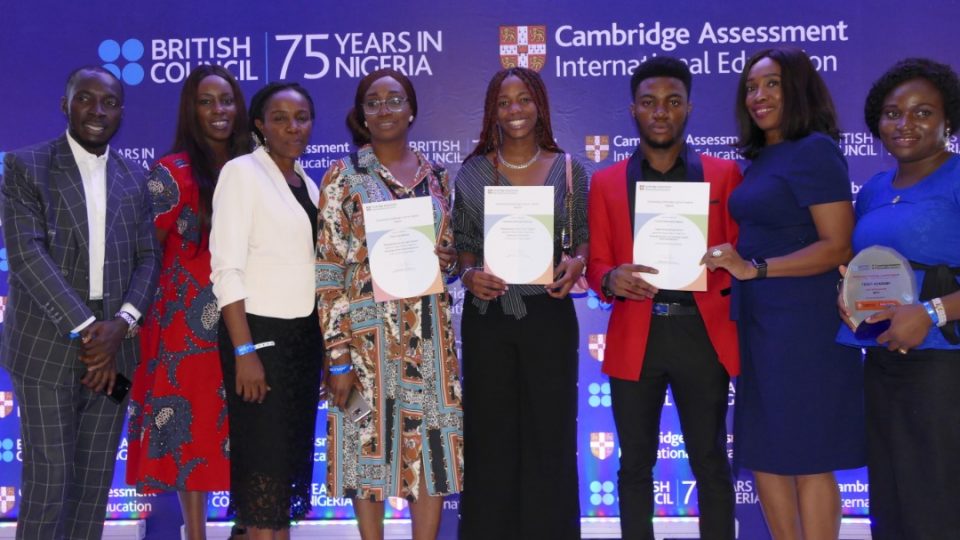 In what could be referred to as a consistent achievement of academic excellence, Greensprings students have once again top the country in the International General Certificate of Secondary Education (IGCSE) exam.

You will recall that in 2016, Honour Olatunji, a student of the Greensprings School did top the world in Mathematics IGCSE. repeating the same feat this year, another five students from the school have been announced as “Top in Country” in five subjects, making it a total of 16 students who have won the Cambridge Outstanding Learner Awards in the last 3 years.

When asked how he was able to become top in English, considering the fact that many students struggle with the subject, Lucas Nelson, admitted that he couldn’t have achieved it if not for God and the excellent English teachers of Greensprings School.

He said: “This feeling is wonderful, and I feel proud of myself. I owe this award to God and Greensprings. “The school gave me the platform to succeed and provided me with the best teachers any student can ever ask for. I thank God I was able to deliver and make my school proud.”
Lucas also added that, aside from the quality learning environment and teachers at the school, he also worked on himself by reading various books from comics to novels. Dr. Barney J. Wilson, the Deputy Director of Education of the school, who attended the award ceremony, expressed his joy about the awards.

He remarked that “Greensprings remains the flagship school in Lagos and arguably all over the world. These awards validate the academic prowess of our students, and I am proud of the teachers who worked through thick-and-thin to prepare the students for this success.”

The Cambridge IGCSE exam is an international exam taken by students, age 14 to 16-year-olds. The exam is administered at the final secondary school year of various international schools in Nigeria, with the British Council and Cambridge Assessment International Education being the administrators.

The Outstanding Cambridge Learner Awards is an initiative of the British Council with a primary objective of recognizing best-performing students and innovative schools.

Captain: Greensprings Awardees, parents and teachers during presentation of certification in Lagos