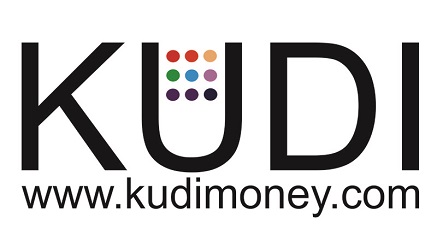 In its quest to get rid of the illegal monthly maintenance fees banks charge its customers, a financial technology company, Kudimoney has received a Microfinance banking licence from the Central Bank of Nigeria, CBN.

Preparing for the launch of this full service digital No-Fee bank, Thursday in Lagos, it has also changed its brand name from ‘Kudimoney’ to ‘Kuda’.

Kuda’s launch is a timely one, as excess bank charges have become a constant source of worry for Nigerian bank customers. You will recall that in 2018 alone, top 11 Nigerian banks had charged customers N143 billion as account maintenance fees.

In the same year, the Central Bank of Nigeria recovered over N65 billion as illegal charges wrongfully deducted from customers’ deposits and other transactions within the banking system​.

Co-founders, Babs Ogundeyi and Musty Omotosho, both fintech and banking industry veterans, said that they have set up digital bank Kuda to offer frustrated consumers a more mobile, modern approach to traditional banking.

According to Ogundeyi, Unlike traditional banks, Kuda does not rely on banking fees, doesn’t profit from members’ misfortune or mistakes, and actually helps members get ahead financially.

He said: “Kuda members receive a debit card, a Spending & Savings Account, and an app that keeps them in control of their finances at all times, no matter where they are located.

“We’re excited to usher in a new era in consumer banking and serve the many Africans, who we believe are frustrated with traditional banks said Babs Ogundeyi, Co-founder &CEO of Kud​a.

“Starting with Nigeria, we’ll launch a new kind of bank with a continued
focus on improving our members’ financial lives rather than trying to burden them with hidden fees and excessive charges

“The banking license means Kuda can offer current accounts as well as debit cards something it is already doing with a small group of alpha users.

“The bank is now in a pre-launch phase for the next couple of months. The rollout will initially consist of a few thousand cards, supported by a​ ​waitlist​ ​in preparation for a wider launch in the third quarter of 2019.”