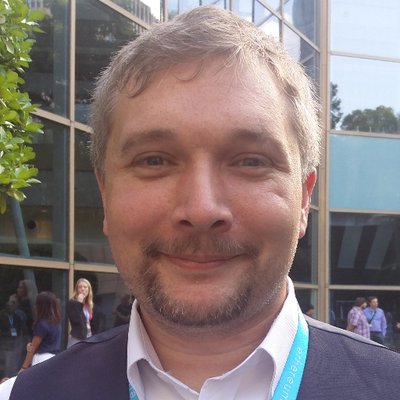 At the launched of Libra coin whitepaper June 18th 2019 by Facebook, many Cryptocurrency enthusiasts hailed the innovation, adding that it would be a boost to the crypto financial market.

However, a critical look by experts in the industry, revealed that the Libra coin cannot be a match to Bitcoin and Ethereum.

Their argument states that while Bitcoin and Ethereum are operating in a discentralized blockchain technologies, the Libra coin does not. Its Association will be tasked with managing a fiat currency reserve with global regulatory hurdles at every turn.

Libra is a stable currency (no speculative value) and it’s currently centralized (no guarantees of funds or privacy) with no security around their codebase and no 10 year track record of resisting attack.

Libra is backed by “real assets” which sounds great to a mainstream audience, but this is a bug and not a feature – real world assets require real world people to do real world audits.

Bitcoin and Ethereum are the native asset of their public blockchain, which can be audited by anyone in the world at very little cost (or no cost at all if you’re willing to trust any one of the thousands of nodes already conducting these audits). But that can’t be said about Libra coin.

Unlike its more decentralized peers, only a few trusted members of the Libra Association, the centralized hub for the currency, can create Libra.

The consequences of these limitations show that holders of Libra coin are not fully in charge of their funds.

You will recall that a collective of finance and technology firms would serve as validators on the Libra network. Libra has Facebook and other 27 other validators on-board as drivers of this Crypto company.

They believe they have created a cryptocurrency that is superior to existing ones like Ethereum for a number of reasons. The reasons they gave include: Libra is a low-volaitility cryptocurrency, the token is backed by a reserve of “real assets”, the blockchain will feature smart contracts with a security-first programming language called Move.

According to Ethereum core developer, Nick Johnson, the goal of Libra is to launch in a semi-centralized state, something akin to the Delegated Proof of Stake consensus mechanism of EOS (which has 21 validating nodes). However unlike EOS, the Libra Association plans to increase the number of validating nodes to 100 in 2020, before moving towards a permissionless (decentralized) state within 5 years (many thousands of nodes).

“Facebook, who will take a leading role in the early stages, also plan to reduce their influence to equal any other node on the network.

Facebook will, however, play a key role in the broader ecosystem with its release of the Libra wallet, called Calibra (a subsidiary of Facebook). That said, the blockchain itself will indeed be open source, opening space for competing wallets to appear on the market. Competition may prove challenging though, as Calibra will be integrated into their Facebook’s line of closed source platforms like WhatsApp, Instagram and Messenger.

Zuckerberg’s goal, then, is ambitious. Not only is the company building a cryptocurrency and interface “from the ground up”, the Libra Association will be tasked with managing a fiat currency reserve with global regulatory hurdles at every turn. But the challenge may be well met. The resources that Facebook have at their disposal far outstrip any other blockchain platform, raising the question of how Libra might impact the world’s largest smart contract platform, Ethereum

Many in the mainstream press are dubbing Libra the “Bitcoin killer”, which mistakes the role that Libra has in the ecosystem. Libra is a stable currency (no speculative value) and it’s currently centralized (no guarantees of funds or privacy) with no security around their codebase and no 10 year track record of resisting attack. Furthermore, Libra is backed by “real assets” which sounds great to a mainstream audience, but this is a bug and not a feature – real world assets require real world people to do real world audits. More simply put, “real assets” are a chain of security holes. Bitcoin is the native asset of its public blockchain, which can be audited by anyone in the world at very little cost (or no cost at all if you’re willing to trust any one of the thousands of nodes already conducting these audits). Ethereum is similar to Bitcoin in this way, and so the short-term threat of Libra suddenly usurping Ethereum is also negligible

The case of Libra coin

However, things are not so clear in the long run. Libra is developing a smart contract platform with a custom programming language called Move. This new language has similar goals to Ethereum’s Vyper in that it attempts to make writing contracts safe by design. It is possible that developers will be able to build decentralized finance (DeFi) applications that operate in the same way to those on Ethereum. It’s also possible that Libra will have token standards much like Ethereum’s ERC-20 tokens or crypto-collectables like ERC-721. The big differentiator here is the user-base. Developers building on Libra will have instant access to potentially billions of daily active users compared to Ethereum’s hundreds of thousands. That is one hell of a draw, particularly for those looking to create income-generating dApps with a mainstream audience.

The big question here – you may have noticed – is that these are very much just possibilities at this stage. Libra is targeting 1,000 transactions per second (about half the capacity of Visa) which requires (under current research) a large degree of centralization. The reason for this is that for nodes to reach consensus on such a large number of transactions per second, they require specialized hardware that the general public does not have access to.