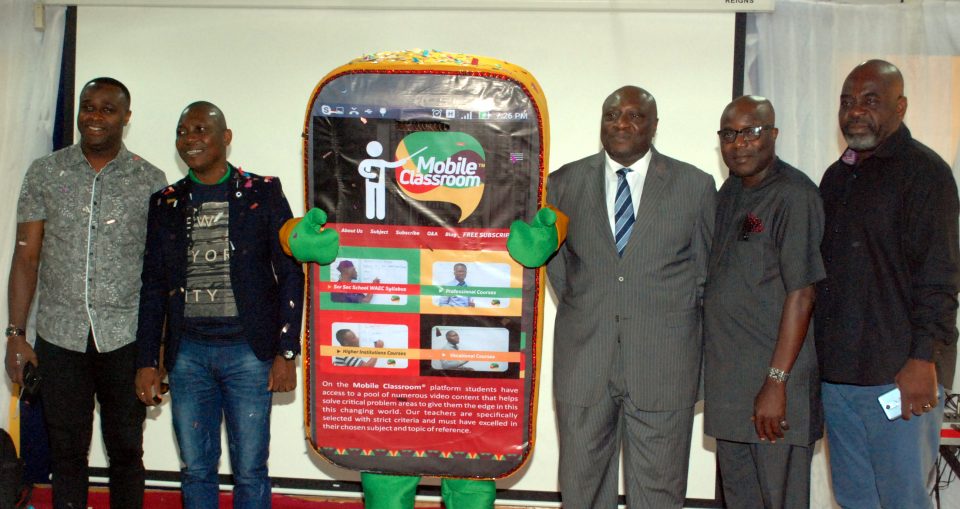 An indigenous audio-visual learning application, Mobile Classroom App has been launched to enhance learning among students and to reduce challenges causing massive examination failure during examination.

Speaking at the launch, originator of the digital audio-visual App, Mr. Akeem Salami, described the mobile application as the first indigenous audiovisual classroom application from Africa and a new learning experience that will enhance the way people learn via mobile devices like phones and computers. He added, the app will also reduce bottlenecks associated with traditional education without digital.

According to Akeem Salami, The App has interactive features and functionalitiesthat make learning and retention easier for students, noting that it was designed with a view to solving the problem of examination failures in the national examinations and colleges across the country. He added that the application is important to offer Nigerians and students from other parts of the world to learn at their convenience without having to go through unnecessary stress while trying to acquire knowledge.

Salami noted that “Mobile Classroom App targets primarily the Nigerian market but will offer services to other interested parties beyond the shores of Nigeria. This application is presently loaded with subjects offered in Nigeria’s national examination – WAEC, UTME, NECO, among others – in line with the syllabuses of various bodies conducting such tests.”

The special Guest of Honour and Legal practitioner, Segun Ajibola (SAN) commended the originator for his insight. He added that the time had come for the introduction of such wonderful idea in the country’s education sector.

Similarly, a Lawmaker representing Eti-Osa Federal Constituency at the Federal House of Representatives, Hon. Babajide Obanikoro, said the mobile classroom app is a fantastic opportunity to re-engage Students who have left the school system for further studies. He added that such innovation will further expose Nigerians and help them learn as their peers in developed countries.

He noted that it was time for government of Nigeria to begin the process of adopting the system of online learning in the various schools across the country.

The event had in attendance prominent Nollywood actors, Funsho Adeolu, Femi Adebayo, and Kola Obadimu Jnr; a brilliant Advertising Expert, Hakeem Adenekan, among several other dignitaries, who all made case for urgent need for the adoption of the innovation as part of effort towards improving learning capacities of Nigerian students.

The App, Mobile Classroom, available on Google Play store and IOS app store, was launched at a modest event held at the Executive Learning Centre, Academy Halogen GRA,Ikeja, Lagos, amidst wide acceptance by stakeholders such as representatives of National is tudents, academics, journalists.