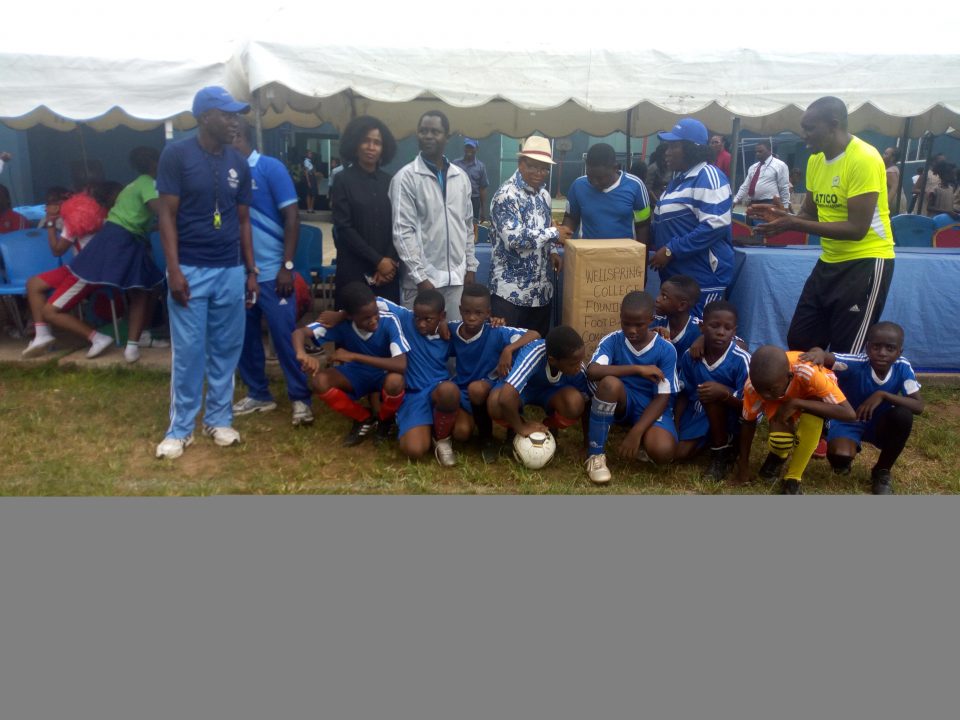 The competition which was keenly contested by 14 schools in Ikeja Local Government Area saw Beehive team defeating other 13 contestants to grabbed the prestigious Wellsprings Founder’s cup.

A star, Ayomide Ayokunle who score a hat trick in the previous group stage encountered also assisted Beehive at the final with a goal, making eight goals to his credit. He was adjudged the best and the highest goal scorer at the competition. Thus, while Carol Nursery and Primary School emerged second, Wittville School won the third place.

Reacting to the football competition, the Founder of Wellsprings College, Ikeja, Mr Daniel Isimoya stated the need for students to participate in sporting activities, adding that sports boost the health and capacity to learn.

Explaining the reasons for the Founder’s Day football contest, he said: “Our School is in Ikeja Local Government Area and we felt we can give back to the society we belong, we felt we can do one thing or the other that people could benefit from. Hence the initiative of Wellsprings Founder’s Day.
.”There were about eight participants last year, it has grown to 14 contestants this year.
“When we started this school, the intention was to build up all these places to accommodate more students. But we decided to let the children have a place to play, as everything is not all about profit.

An Iconic Greek Island Just Got A Majorly Luxurious Upgrade