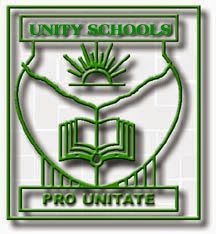 Unity School Old Students Association, USOSA has called on Nigerians to seek peaceful coexistence among themselves.

Its President General, Lawrence Anirejuoritse Wilbert while speaking during a press briefing on its 35th Plenary with the theme, ‘USOSA Resurgence: Harnessing Our Diversity for National Security’ said: ” Our nation has continued to witness the clamor for cessation, increased rate of insecurity and spate of violence caused largely by intolerance among citizens across the federation.”

He decried that our nation has continued to witness the clamor for cessation, increased rate of insecurity and spate of
violence caused largely by intolerance among citizens across the federation.

He also frowned at the alarming high volumes of hate messages during the last elections, especially through the use social media tools and channels, adding that the attitude threatened to pollute the relationships of the citizenry.
According to him, Nigerians had been coexisting in the past despite our challenges and diversities in culture and race.

To stem this trend, he calls on all Alumni and other stakeholders to attend the upcoming Plenary slated for 28 and 29 of June at the Kings College Annex Lagos.
.
“We need a collective counter voice to promote the message of Unity in the face of ever increasing negative rhetoric because the absence of such voices emboldens the agents of violence to instill fear and insecurity in the minds of Nigerians,” he said.

According to him, the Alumni of the 104 Unity Schools seek to use its 35th Plenary with the theme,
USOSA Resurgence: Harnessing Our Diversity for National Security to unite the country.

He said: “We acknowledge the efforts of governments at all levels to
respond to this growing sense of uncertainty and fear to ensure the security and welfare of citizens, but
we also recognize the need for us, the custodian of Nigeria’s unity, to reassure Nigerians that we can
harness our diversity to overcome our present challenges in our country.

“As one of the most enlightened network of Nigerians coming from every ward, village, district, emirate, community, ethnic group, constituency, LGA, state, vocation, profession, occupation across our country and beyond, it has then become our collective responsibility to keep Nigeria united and safe.

“The time has come to capitalize on the investments made on us to join hands in addressing these developments and to provide leadership in championing the cause of unity and promote policies that
seek to integrate and unite Nigerians.
“If we fail, the consequences will continue to threaten our national unity and rich diversity.”