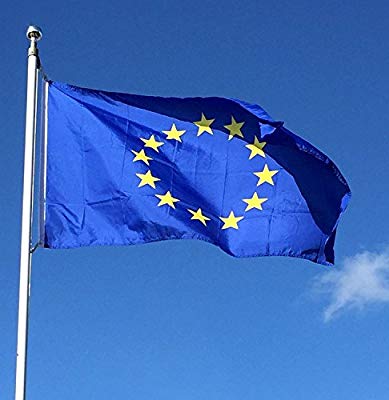 The European Union (EU), on Friday announced a grant of 20 million Euros (about N8 billion) to support education projects in Borno. The EU Head of Cooperation, Mr Kurt Conelus made the announcement at the inauguration of the programme in Maiduguri.

Conelus said that the three-year programme would be executed under the “European Union Support to Response, Recovery and Resilient’’ in Borno State Education component.

Read Conelus said that the three-year programme would be executed under the “European Union Support to Response, Recovery and Resilient’’ in Borno State Education component.

According to him, it is being done in partnership with the United Nations Children’s Fund (UNICEF), Plan International and Borno Government. He said that more than 150,000 children and 2,500 teachers would directly benefit from the projects aimed at providing immediate services and strengthening education system in the state.

“The intervention has been designed to build on the EU’s education emergencies support to the Northeast. Earlier, Mr Orji Obureke, the Country Director of Plan International, said that the humanitarian situation in the state needed urgent attention. Obureke said that there was virtually no part of life that had not been adversely affected, noting that children and the young people were among the worst hit. According to him, 123 public basic schools in nine local government areas of the state have been selected for the project.

He explained that Plan International would rehabilitate 182 physical disability classrooms, construction of 550 gender disaggregate, girls and disability friendly latrines among others. Others included construction of 32 new boreholes with hand pump and drills, training of 944 teachers and provide teaching kits as well as materials in 123 schools. “About 14,620 girls will be provided with dignity kit to encourage attendance, limiting absenteeism related to menstruation.

“Other activities include back to school campaigns with support from community coalition through dialogues and advocacy to promote enrollment, retention and attendance in targeted schools.’’ Peter Hawkings, UNICEF’s Country Representative, lamented that the North East had the highest number of out of school children as they continued to bear the brunt of the Boko Haram crises.

Represented by Mr Geoffrey Ijumba, Chief Field Officer in Borno, he said many children had been abducted, killed, used as suicide bombers, raped and denied access to education thus separating them from their families. He suggested that both the students and teachers must be provided with safe, secured learning environment to enhance quality of education.

Borno Governor, Babagana Umara, expressed appreciation to the EU for funding the intervention, noting that the programme was essentially significant to the development of the state’s education sector. Umara said that the project would go a long way in providing access to primary and secondary education as well as addressing the challenges of the sector. “This administration accords priority attention to education as it serves as a catalyst of reconstruction and transformation of the state,’’ Umara said.

Why Military Onslaught On Boko Haram