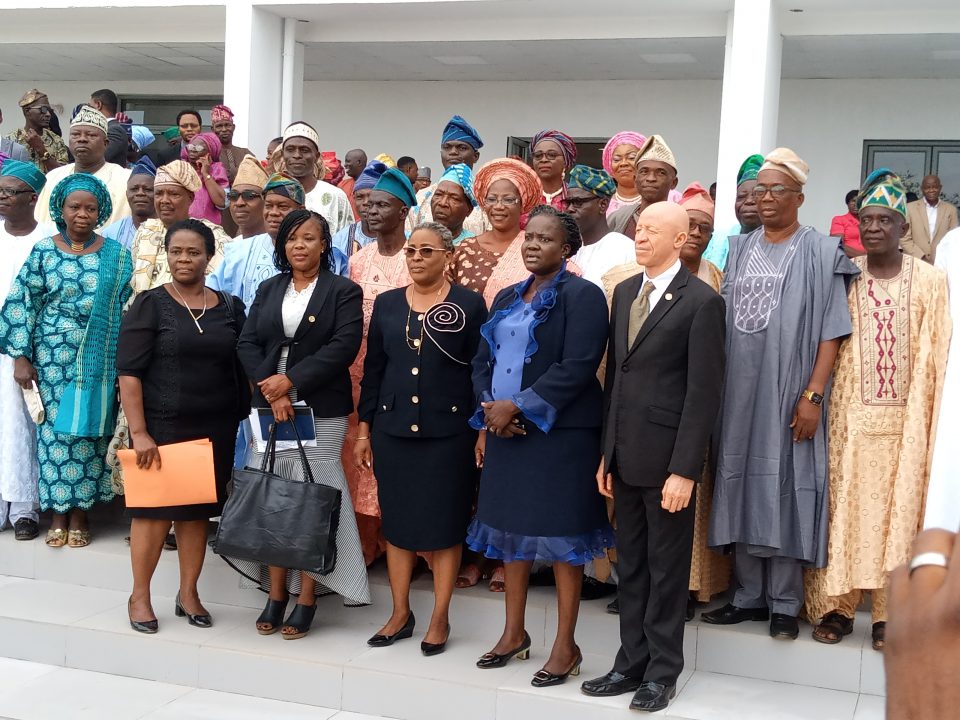 The Ogun State Chief Judge, Justice Mosunmola Dipeolu has charged the newly sworn-in customary Court Presidents and members to discharge their duties to the best of their knowledge and in accordance with the rule of laws.

She said that in actualization of the state’s agenda to decongest the courts, it has decided to commence the Intervention Week at Sagamu Magisterial District.

“This intervention week is borne out of the desire to fast-track cases and dispose them off speedily and the idea is that the Magistrates will sit longer than usual to dispose all the cases, now and old in their docket during that week”, Dipeolu said

She said that the sole obligation of their duties was to interpret the law as it relates to land, inheritance, marriage and more (as stated under the law)‎, under Customary Law.

“As you can see that they have gone through series of test and they have been found worthy of this appointment, I pray that God in His infinite mercy will grant them the grace and strength to discharge their duties according to their oath of office”, Dipeolu added

She urged the new appointees not to forget the motto of Ogun state Judiciary which is “Hardwork and Result”, in the words of Vince Lambard and also in the discharge of their duties, “The price of success was hardwork, dedication to the job at hand, and the determination that whether we win or lose, we have applied the best of ourselves to the task at hand”‎, she said

She admonished them to flee from any form of corruption, laziness and favouritism, as corruption was a cankerworm that must be abhorred, but rather embrace transparency, hardwork, uphold the oath of office and dispense justice without fear or favour and with the help of God.

She also implored them to be disciplined and avoid any act or acts that would bring disrepute to the Ogun State Judiciary, warned them that no form of corruption, laziness and unethical acts would be condoned.

How Fulani Prince, Yoruba Made Me Financially, Says Utomi

Apostle Babalola: How Mistake in Marriage Nearly Ruined His Ministry, Led to His Untimely Death