The Sister-in-Law of the Chief of Staff of Niger State Governor, Alhaji Abubakar Sani Bello and the other woman kidnapped by unknown gunmen in Kagara town of Niger state have been released, reported TNG.

It reported that the abducted women were released in another State that is far away from Niger state after the payment of ransom.

However, none of the parties were ready to disclose if the ransom was paid or not but a source close to the families disclosed that the families paid ransom for the release of the women.

The women after their release were placed under medication as the trauma they had were telling on them.

When contacted to confirm the release of the women, the Police Public Relations Officer (PPRO), Abubakar Muhammad said that they are still working to get the women rescued.

He insisted that if there is any news about the women, the media would be contacted.

It would be recalled that about a week ago, some unknown gunmen kidnapped the sister-in-law of the Chief of Staff to the Niger state Governor, Alhaji Ibrahim Balarabe and one other woman in Kagara town in Niger state.

The husbands of the two women are Special Marshalls in the Federal Road Safety Corps (FRSC) in Kagara.

The gunmen had stormed Kagara town shooting sporadically before abducting the two women to an unknown destination. 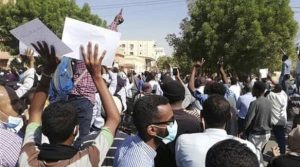 WHO to Youths: You Are Not Invincible To COVID-19