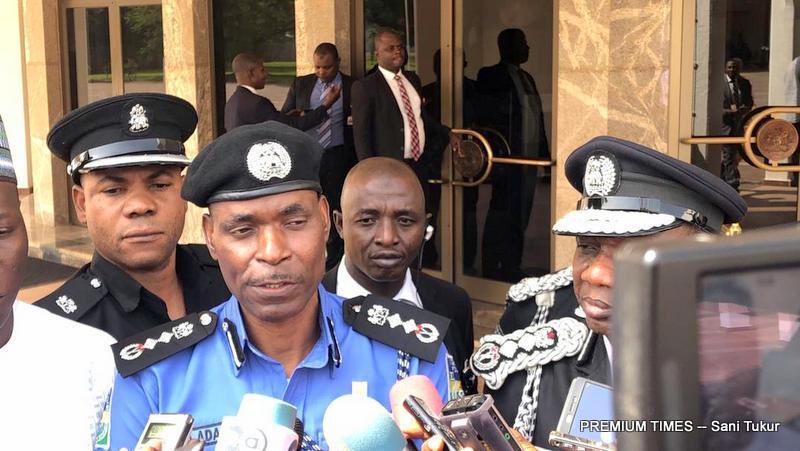 Pro-democracy and good governance group, Concerned Nigerians, has condemned what it described as the invasion of the office of the Amnesty International by some protesters, just as it also frowned at the alleged arrest of a blogger by the Department of States Services, DSS.

The group, in a statement by its Convener, Deji Adeyanju and Ms. Hauwa Abdulsalam, its National Secretary, claimed the blogger did nothing to have warranted his arrest.

The group said the arrest of the blogger and what it described as the intimidation of Amnesty International, AI, was an affront on the country’s democracy.

According to the group, “Concerned Nigerians condemn in its entirety, the gestapo arrest of a public affairs analyst based in Kaduna, Mr. Abu Hanifa Dadiyata, a fierce critic of Kano State Government by officers and Men of the Department of State Services. Mr. Dadiyata, Concerned Nigerians group learned, was whisked away from his Kaduna home at the early hours of Thursday morning by the DSS. This gestapo action by men of the State Security Service is an aberration and against the tenets of democracy.

DSS denies reports that it worked against electoral process in Rivers state(Opens in a new browser tab) “To the best of our knowledge, Mr. Dadiyata has done nothing wrong other than holding the government at the center and that of Kano where he hails from accountable. The arrest of this young, vibrant and energetic activist by the DSS, is a clear affront on Freedom of Speech. “A free press is one of the building blocks of our democracy. Without it, democracy is in danger. Nigerians, regardless of their political beliefs, have the right to stand up and ask government tough questions.

“The arrest of Dadiyata and harassment of Amnesty International represent a dangerous attack on civil freedom, and an escalation of the hostile treatment of civil society. “Without the freedom of speech and of peaceful assembly, Nigeria will be a breeding ground for corruption.  Abuse of power will continue to hold back the development and prosperity of the country if citizens are being hounded for holding an opinion on issues of governance in the country.

“Amnesty International is a responsible organization with a mandate to protect rights of persons. Labelling them criminals and agents of destabilization because of their fearless stance on the abuse of human right in the country further shows the desperation to silent critics and dissenting voices.

“We want to reiterate again that the Authorities must not harass the #RevolutionNow group which has scheduled its protest, ‘Day Of Rage’ on the 5th of August. Nigerians must be allowed to exercise their fundamental right as enshrined in our constitution. “No nation thrives in an atmosphere of fear.

The authorities should be more concerned about the rising insecurity in the country. The primary duty of any responsible government is to protect life and property of her citizens. “We therefore ask the Department of State Services to immediately release Mr. Dadiyata or charge him to court for onward trial.”

SSANU, NASU Vow to Shutdown Varsities In 14 Days, If…