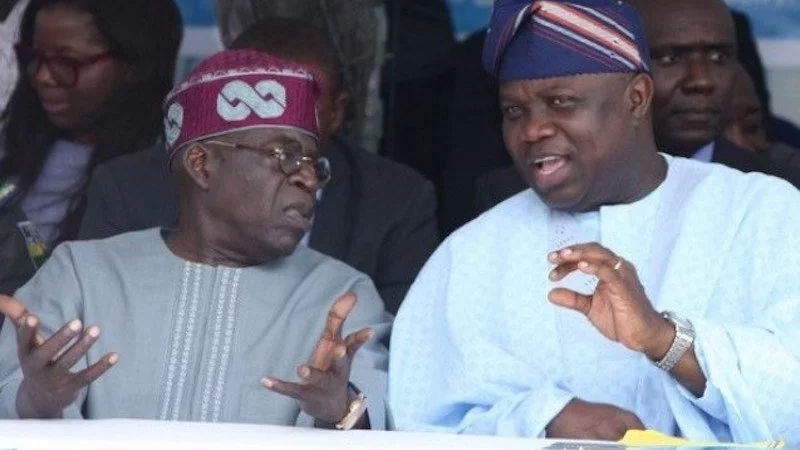 Immediate past governor of Lagos State, Mr Akinwunmi Ambode has confirm the raid of his home by the Economic and Financial Crimes Commission, EFCC.
Ambode said his supporters should remain calm and law-abiding, adding that there is no course for alarm.

Ambode speaks through his media aid

Ambode who spoke through his media aide, Mr. Habib Aruna said on Tuesday morning, the EFCC visited the homes of Ambode in is Epe and Parkview Ikoyi .

Aruna’s words: “This morning, operatives of Economic and Financial Crimes Commission visited the Epe Country home and Parkview Ikoyi residence of Mr. Akinwunmi Ambode, with warrants to conduct a search.
“These searches were carried out extensively and at the end of the exercise the operatives left without any incident.

“The former Governor reiterates that the EFCC has till date not had any direct communication with him on any subject matter whatsoever and if or when it occurs he is ready and willing to respond.

“Ambode wishes to assure his supporters and the generality of Lagosians to continue to remain calm and law-abiding as there is no cause for alarm.

“Erstwhile governor  said he believes in the rule of law and due process and remains grateful for the opportunity to have served Lagos State diligently and conscientiously.

You will recall that the EFCC had frozen some bank accounts linked to Ambode over allegations of N9bn fraud, which the former governor had vehemently denied.