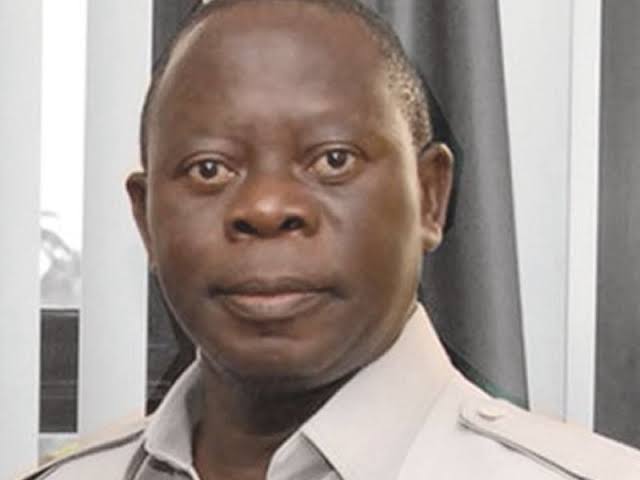 ABUJA- The All Progressives Congress (APC) Chairman, Comrade Adams Oshiomhole, has said that the APC better performance in this second term, would earned the ruling party governance beyond 2023.

He said: “I am sure that working together at both the executive, state and federal levels,  we’ll do better in this second time. As to merit, our party will continue to govern the country beyond  2023.”

Speaks during a meeting between the APC Governors Forum and its National Working Committee (NWC) in Abuja, Oshiomhole said, he believes the APC has made a lot of progress in the key areas that reflect in their manifesto.

In the meeting which lasted several hours, Oshiomhole admitted that he had had challenging periods since assumption of office last year as party chairman.

He said: ”It is quite a challenging experience for me. I try to compare myself as a governor and now as chairman of a party. Coming in on the eve of the primaries and dealing with the fallout of the previous congresses.

“And then proceeding to conduct elections. Then conduct primaries and campaigns across the 36 states and the FCT. And, working hard to ensure that we secured as many votes for our president.

As, well as support our states particularly where we didn’t have state governors to ensure that we were able to lend a helping hand.

“And, I am happy to say that at the end of the day even though we lost some states, we also gained some states. We gained Kwara, which for us is extremely important. We also gained Gombe State which is also very strategic among others.

APC acknowledges the litigations in courts as key

Addressing the delegation, Oshiomhole said that with the spate of litigations at various courts, it was not yet over until it’s over.

“As it stands, there are many cases in court,” he said. He noted that until those cases were resolved, APC won’t be able to say for sure where it stands. Oshiomhole said he believed that a lot of their cases in court have merit. “We hope that there will be justice and resolve in our favour in the end,” he said.

Oshiomhole congratulated the delegates on their re-elected. He said that sometimes it is easier to be politically elected at first time. He, however said that to be re-elected, implies that a huge vote of confidence from the people.

“Looking at things from here, I know a lot went into trying to seize the deliberate attempt by the opposition to discredit the good ones.

Buhari’s roles in keeping the APC together

The chair, APC Governors Forum, Bagudu, told reporters that a delegation would be sent to the national chairman.
He said: “We are very proud that we have a president who insisted on due process against convenience.”

“Especially when many of the party members were going through national convention and primaries almost at the same time.

Bagudu said that President Buhari insisted that the APC observed primary and convention because that’s what he promised Nigerians.
“We are happy to cooperate with the NWC in whatever we can do to strengthen the party,” he said.

COVID-19 response and economic diversification crucial to growth recovery in Southern Africa, the most affected region