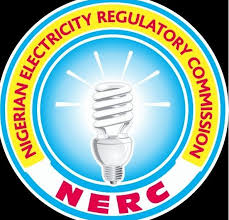 Contrary to insinuation making the rounds that electricity tariff has increased, the Nigerian Electricity Regulatory Commission, NERC, has debunked the claims. Its General Manager, Public Affairs, Usman Arabi yesterday said that no tariff increase has been approved by the commission.

He said that he was still consulting with the stakeholders in the sector, so he couldn’t have increased  the electricity tariff.
“The Commission hereby notify the public that no tariff increase has been approved contrary to the impression in some quarters.

“The Commission in the discharge of its statutory responsibilities under the Electric Power Sector Reform (EPSR) Act, shall undertake periodic reviews of tariffs. “This will  be in accordance  with prevailing tariff methodology.

“In all instances of such reviews and rule-making, the commission shall widely consult stakeholders.  And final decision shall be taken with due regard of all contributions.”

Arabi said the commission wished to provide guidance that the minor review implemented by the commission . He disclosed that it was a retrospective adjustment of the tariff regime released in 2015.

The General Manager said the move was to account for changes in macroeconomic indices for 2016, 2017 and 2018.

According to him, it will provide certainty about revenue shortfall. He said such shortfall may have arisen due to the differential between tariffs approved and actual end-user tariffs.