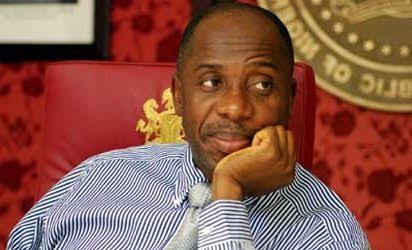 MINISTER of Transportation, Rotimi Amaechi has said that the Lagos Ibadan rail line requires additional funding. He explained that the fund would enable him  constructs over 16 bridges across the existing Lagos road network into Apapa. “We want to take the rail line project to the seaport,” Amaechi said.

Speaking at Papalanto in Ogun State after inspection of the rail, Amaechi said there is extra work to do. He said  if you go to Lagos with rail, people will die because is not a narrow-gauge train. According to the Transport Minister, it is a speed train running at about 120km/hour.

If  you don’t create an avenue for buses to cross, Amaechi said people will block Lagos completely and invite traffic.

Amaechi said: “We are creating underpass and overpasses to Lagos. About 11 to 16 bridges which would cost more fund, needs government approval.” He promised he would immediately take the proposal to the Federal Executive Council. 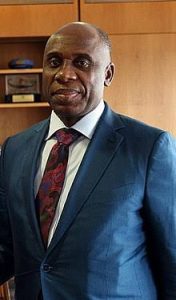 Amaechi lamented that the absence of a Minister slowed down work on the rail project.  The project, he noted has been slow down for lack of Fund. He said there are IPCs that nobody could have signed rather than the minister.

“So I would sign it on Monday when I get to the office and it would be paid by China NEXIM bank. On our side, we owed them compensation, land acquisition payment and there are new approvals we need to get.”

The Minister further explained that certain funds needed to push the construction work pass through certain segment required for approval.

Amaechi explained his experience when his entourage stopped at Agege. The place is an underpass, so we cannot do anything about it because they are waiting for approval.

“We will go to the cabinet quickly to get approval so that contractors can continue with their construction. Government target is to hurry and get to the seaport to evacuate the goods in the seaport. If we cannot eliminate it, at least reduce what people will refer to as Apapa gridlock. However, that can only happen when people begin to move by train.”

Amaechi said that plans have been concluded to commenced the construction of a University of Transport Technology in Kastina. Amaechi also disclosed that a manufacturing coaches factory for train service would be constructed.

“We  are insisting that they cannot continue to manufacture coaches, Locomotives and wagons in china to us, Amaechi stated.

The iPhone 8 May Be Bigger Than The iPhone 7, Its Predecessor