The candidate of the All Progressives Congress (APC) in the 2019 general elections for Ezza South/Ikwo Federal Constituency, Chinedu Ogah, has applauded President Muhammadu Buhari for his choice of ministers and the portfolios he assigned them.

He is confident that the president will do well in office considering the quality of his appointees. But he, however, has his misgivings about most of the ministers. He accused most of them of not “crusading” for Mr President and also for being selfish.

Apparently referring to the ministers who were with Buhari in his first tenure, Ogah accused some of the ministers of representing their families only, instead of their states. In this interview, the APC chieftain also spoke on other issues of national importance.

President Muhammadu Buhari recently assigned portfolios to the new ministers. Considering the mixed reactions of Nigerians on the quality of persons selected to man various ministries, many of who are returning to the cabinet, are you impressed by the quality of these persons?

Yes! As one of the APC chieftains, I commend Mr President for the nomination and selection of the ministers of the Federal Republic of Nigeria for the 36 states and equally, the calibre of people he now appointed. But the advice is that most of them that remain in Abuja should remember that they are representing their various states.

They should try to go down to their states to help people. They should open their doors to accommodate people so that the people at the grassroots can benefit from the dividends of democracy of President Muhammadu Buhari. The president is really doing well but most of the ministers are not crusading for him. They are only there in Abuja; they and their families. So, the ministers should consider my advice. So, that’s what we are urging the ministers to do. 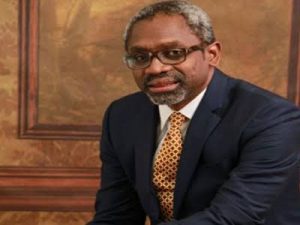 The sharing formula of the portfolios given to the ministers is generating ripples. In the South East region where you come from, we have three appointees that are just minister of states but in two states in the North, you have ministers, two each, who are substantive ministers. Many people say that it is not balanced…

No! No! Please, let us try to advise ourselves. There is no senior minister or junior minister. All of them have equal powers, equal salaries, equal everything. And I want to draw our attention to the one that affects South East. Environmental problem is one of the major problems we are having in the South East and we are able to have a very reputable and sound woman in the person of Ikeazor from Anambra State as the Minister of State for Environment.

It is almost the biggest ministry in the whole country. We have the Minister of Science and Technology given to Ebonyi State. So, anybody that is saying that we are sidelined or marginalized is a greedy and unfocused human being. And one thing is that Buhari is not a sectional human being. If you look at what Jonathan did, you find out that Buhari is doing things that will favour the country. Watch out so many things he is doing; he is not sectional.

People by his side may be doing that but he himself believes in one Nigeria. So, what we are urging most of the ministers is to do what will benefit the South East and Nigeria at large. There is no difference. For example, we have mining. Uche Ogah is the Minister of State for Mines and Steel Development. And each of them manages their portfolios.

Many factors have been identified as the problems of this country but no one has come out with any solution. What is the way forward?

What do we do to solve the problem of this country? Our major problem in this country is greediness and selfishness. For example, so many parastatals have advertised now. How many times have these our big men in the Senate and the House of Representatives come up to question what is the quota of their states?

There is no South Easterner that is a Commissioner of Police and according to the federal character, it is our right. As our leader, what have you done? The Department of State Services (DSS) is recruiting. How many of our people are directors of SSS? You will see an Igbo man that is supposed to be DIG (Deputy Inspector General of Police), he would be demoted and posted to a state.

As their leader, what have you done? We should try to be our brothers’ keepers. What we are, is our family’s keepers. We are not our brothers’ keepers. But I thank God for what He is doing. Most of them, after sending their children to school abroad: Germany, UK, and others, they will turn to become morons and drug addicts. Thank God for all those things. It is paying them back because most of us that are brought up here in the village know the village terrain and how we can meander in the village.