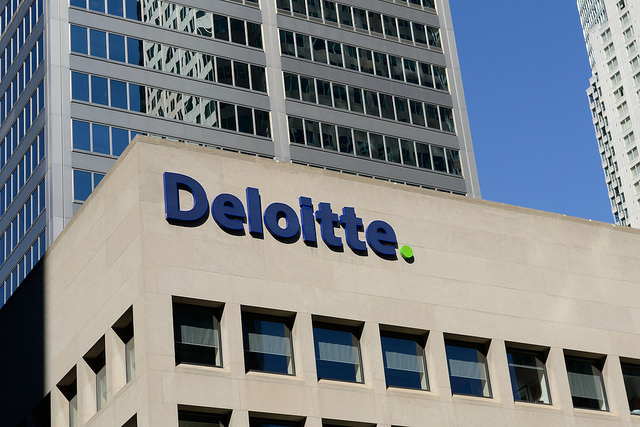 Johannesburg, Deloitte Africa has been honoured with second place in both the Empowerment of Women in the Community and the Women on Boards categories at this year’s Gender Mainstreaming Awards, held at Gallagher Estate, in Johannesburg, last night.

Managed by Business Engage, these awards aim to encourage private sector buy-in to achieving more meaningful representation of women in the mainstream of business and to serve as a springboard for further achievement for companies that are still starting out on their gender diversity journey.

Deloitte Africa was this year also awarded two further accolades in the individual categories, with the chairman of Deloitte Africa, Trevor Brown, winning the Trailblazer award in the Inclusive Leadership category; and the leader of Diversity and Inclusion for the company’s Africa operations, Eshana Manichand, being named the second place finalist for the Positive Role Model: Management award.

Deloitte Africa was also selected as a finalist for the Mainstreaming Gender and Disability award.

says the company is immensely proud to be recognised for its efforts to increase the representation and retention of women on their staff.

“We are working hard to ensure that our talent pool is diverse and reflects the make-up of our society.

Operatinga diverse and inclusive organisation is also fundamental in this area and we seek to leverage our differences as a strength that makes our organisation better,” Mazzocco says, “Some of the initiatives we’ve implemented include focusing on creating an environment that enables women to achieve their ambitions and embraces generational diversity.

To date, we have a record 33% female representation on the Africa board, and a 31% women ownership as of 1 June this year, which further highlights our commitment to elevating women at strategic levels”.

On winning the award for Inclusive Leadership, Brown says, he has always had a natural affiliation towards gender equality, even before it became a corporate imperative.

“Mutual respect and the belief that all people should be treated with dignity must underpin organisational culture,” he says, “The tone at the top, when it comes to gender equality, drives the ethos throughout the organisation.

Being intentional about diversity and driving gender equality is of utmost importance to Deloitte, and especially key to me in my leadership role.”

Manichand said of her achievement, “With our global ALL IN strategy we have reinforced our commitment to maintaining an organisation where everyone has an equal opportunity to grow, develop, and succeed; to be their truest selves, both professionally and personally.

She says Deloitte Africa aims to increase the representation and retention of under-represented groups across all levels of the organisation, with a particular focus on women.

“Investing our time, effort and energy in people and witnessing their moment of success is extremely rewarding and purposeful,” she says.