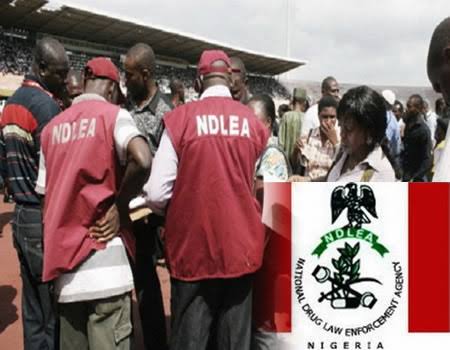 The NDLEA Commander in the state, Alhaji Suleiman Jadi, disclosed on Friday in JAlingo while parading the suspects and the items seized from them.

He said that the suspects were arrested in some flashpoints across the state that include: Gidin-Doruwa in Wukari Local Council and Forest.

READ ALSO: Herbs Safer To Use Over Time, Says Expert

Jadi said the items seized from them are: 239.9 kg of Cannabis Sativa, popularly known as Indian hemp, and 59.7kg of psychotropic substances, which had 274 bottles of codeine syrups.

He said that nine of the suspects had been charged to court while investigation was ongoing on the remaining suspects.

The commander lauded the state government for its support in the area of logistics to the command.

He, however, appealed to Gov. Darius Ishaku to provide accommodation for the staff, a rehabilitation centre and a bigger store for the command.

He said, “Currently, we take those being rehabilitated to Bauchi State while some of our seized drugs are stored in Yola because our store in Jalingo is too small to accommodate seized drugs.”

He also appealed to the residents of the state to provide the command with useful information that would lead to the arrest of illicit drug dealers. NAN

How Tribunal Judge Ran For His Life In Uyo

UTME Results Will Be Out Saturday, Oloyede Vows