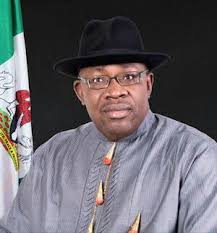 Bayelsa State Governor, Seriake Dickson, has warned against the use of his name as Chairman of the Peoples Democratic Party Governors’ Forum for statements not authorised by him.

Dickson, in a statement by his Chief Press Secretary, Mr Fidelis Soriwei, on Tuesday, condemned the conduct of some persons who used his name without seeking his consent to make comments on national issues.

He said while he was reputed to make comments on sensitive national issues, it was odd and criminal for any person or group of persons to make attributions to him in statements he did not officially permit.

He warned those behind the act to desist forthwith.

He stressed that it was the conventional standard for him to be consulted on all statements in order to avoid being misrepresented.

Dickson directed that every statement from the forum must be personally authorised by him.

He said, “It has come to my attention that some members of the PDP are using my name to issue statements without seeking my consent and approval, especially on issues involving the PDP Governors’ Forum.

that I am passionate about without any fear.

“I condemn in very strong terms any tendency to willfully use my name to issue statement without my consent. It is reprehensible, condemnable and must stop forthwith. Henceforth, all statements emanating from the PDP Governors’ Forum must be authorised personally by me.”