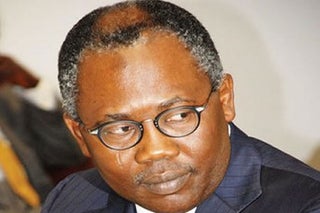 The acting Chairman of the Economic and Financial Crimes Commission, Ibrahim Magu, has expressed dismay over allegations by a former Minister of Justice and Attorney-General of the Federation, Mohammed Adoke, that Vice-President Yemi Osinbajo was using the commission to persecute him.

Magu described the allegations contained in Adoke’s book as nothing but a marketing gimmick to promote the book.

The ex-AGF had in his book titled, “Burden of Service: Reminiscences of Nigeria’s former Attorney General,” accused Magu, Osinbajo and former senate leader, Alli Ndume, of maligning him to the extent that he contemplated suicide.

But the EFCC boss in a statement in Abuja on Tuesday by the commission spokesman, Wilson Uwujaren, said Adoke should make himself available for trial.

It said, “The acting Chairman of the EFCC, Ibrahim Magu, categorically states that at no time did the Vice President discuss, counsel, or direct him in any way on any issue concerning Mr Adoke. It is wicked and evil to make such a false allegation against anybody, especially when it is based on hearsay.

“The arraignment of Adoke, Etete and others could not take place because they, along with other defendants, have remained at large, refusing to make themselves available for trial.”

“Having now satisfied his long desire to titillate the public with some tales by moonlight in the mould of a semi author-biography, Adoke should now make himself available for trial,” the agency said.