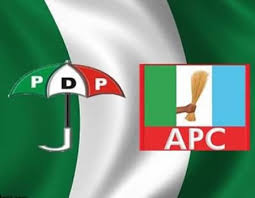 Ahead of tomorrow’s judgement of the election petition tribunal in Kwara State, the two leading political parties, APC and the PDP, have expressed optimism of winning the case.

Kwara Governor Abdulrahman Abdulrazaq in a reaction through his Chief Press Secretary, Mallam Rafiu Ajakaye, said he did not lose sleep over the matter.

“There is no special feeling about the upcoming judgment. We have nothing to worry about because the case is very clear and the evidences in support of our position are overwhelming and unambiguous.

“The governor doesn’t in the least lose sleep over it. What concerns him and his team is how to ensure that the people of Kwara State continue to enjoy the dividends of democracy in line with the mandate already given to him,” he said..

Also, the chairman of PDP in the state, Engineer Kola Shittu, said he is confident that their candidate will win the case.

“I am confident that the judgment will favour our party and candidate because the case is so straight forward,” Shittu said.

Our correspondent reports that Ilorin, the Kwara State capital, was calm and that there were no signs of any panic among residents.

A resident of the state, Mrs Yetunde Olanrewaju, said Atunwa shouldn’t have challenged the governor in court.