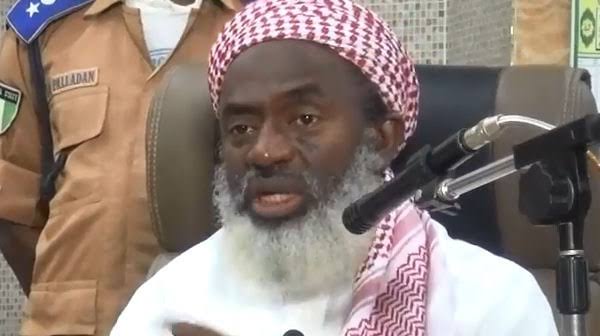 Sheikh Ahmed Gunmi, a popular Islamic scholar and preacher have described the 2019 General elections as the worst in the history of Nigeria.

The Islamic cleric who made the claim while hosting the General Overseer of the Evangelical Bible Outreach Ministry Jos, and the Convener of the Movement of Initiative of a Brighter and Better Nigeria Prophet Isa El-Buba at his Kadunaresidence on Thursday September 19, said President Buhari rode into power on corruption which he claimed he was fighting.

According to Sheik Gunmi, that it will take 40 years to recover from the ”damage’ President Buhari has done to the economy. Gunmi said,

‘The last election was the worst ever. Election should never be rigged again. We invited the INEC, APC, and PDP, and told them, ‘This is what we will do to stop rigging in 2015.’

When the election came, we realized we were handicapped because Nigerians were ignorant but they failed to realise that Nigerians could create an independent poll.

“In 2015, we saw that INEC was not ready for a flawless election. Then another government came with the mantra of change and anti-corruption. I expected the 2019 election to be neat, but I found it to be the worst I have ever witnessed.

“Many people came to me from all over the country; some came with videos and told me those millions of votes you see were coming from just a few hundreds.“When the results were announced, they said, ‘We told you.’

So, what is the card reader meant for? How can you say you are fighting corruption and you are riding on corruption to come back and create economic damage that will take maybe 40 years to correct?”

El-Buba on his own part hailed the Islamic cleric for standing by the truth. He also pointed out that things are deteriorating in the North and its now time to salvage the region. El-Buba said,

“I really want to commend you for standing out to speak the truth, not just to the authorities, but also to the followers.“With the situation of things in the country, we need to put our minds together and salvage the country.

We cannot continue to leave the control of things in the hands of politicians if not, it will continue like this.“I have traversed the whole country and the North is the worst. Things are degenerating the more; the poverty is unbearable.”