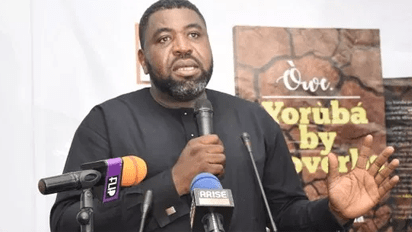 Yoruba leaders from all sectors of life are set to meet in Ibadan, the Oyo Sate capital, to participate in a public lecture themed “Yoruba:

“Today, Yesterday and Tomorrow” the event is to mark the 126th anniversary of the Kiriji War, the civil war that engulfed Yoruba land from 1877 to 1893.

The Public Lecture slated to take place at the House of Chiefs on Monday 23rd of September will start at 10am.

Invited participants to the event include current and past Governors of the Southwest states of Nigeria, Professors from various universities, traditional and religious leaders as well captains of industries and  top professionals.

The event organized by the Yoruba Heritage Group worked with a planning committee chaired by Ambassador Yemi Farounbi.

Confirming the event, Prof Anthony Kila noted that “the 2019 Kiriji War Anniversary Lecture has been conceived as moment of reflection and connection of top Yoruba leaders from various sectors of the society.

It is a forum of where heads of academia, industries, and security meet with traditional, political and spiritual leaders to reflect and connect over the state of the Yoruba people, culture and lands”.

The Kiriji war which lasted for about 16 years between 1877 to 1893 is one of the longest civil war in history.

Osun Records 30 Cases Of Fire Outbreaks In One Week