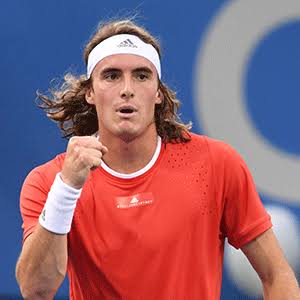 Top seed Stefanos Tsitsipas had trouble breathing and quit his opening match at the Zhuhai Championships on Thursday after calling a medical time-out before the deciding set.

But he appeared to labour badly after that, bending over several times on court and putting his hands on his knees.

He was far from his best as he lost the second set 7-5, and retired soon after, looking red in the face and burying his head in his hands.

Tournament officials said that he had been having problems breathing and was getting medical attention, but did not go to the hospital.

20 Killed by Earthquake in Indonesia