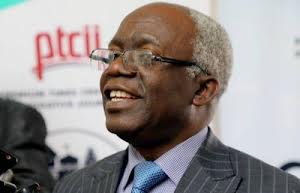 Femi Falana, a senior advocate of Nigeria (SAN), has dismissed reports that the Department of State Services (DSS) plans to report a federal high court judge to the National Judicial Council (NJC) for granting bail to Omoyele Sowore.

Recall that several News platforms on Saturday had reported that the SSS was set to take Mr Taiwo to the NJC for granting Mr Sowore bail. With the mediums quoting “sources”.

However, Sowore’s Counsel, Falana while reacting to the report, said the report was misleading as the quotes in the report were not credited to any named official of the SSS but to some anonymous sources.

He added that “I have since confirmed that the fictitious report is a figment of the fecund imagination of the writer, Mr Akuntunde. Hence, the report and the quotes therein were not credited to any named official of the SSS but to some anonymous sources,” Mr Falana said.

He stressed that “the Federal High Court is competent to admit a person charged with a capital offence to bail by virtue of section 161 of the Administration of Criminal Justice Act, 2015.”

According to Falana “Treasonable felony is not a capital offence under section 41 of the Criminal Code. Even under the most brutal dictatorial regimes in Nigeria, our courts did not hesitate to uphold the fundamental right of the victims of repression to personal liberty including those who were charged with a treasonable felony”.

“Having regards to the facts and circumstances of this case, the SSS cannot complain against the handling of the case by Justice Taiwo who did not even entertain our application to quash the order for Mr. Sowore’s detention for 45 days. We had wanted to show that Mr. Sowore did not engage in any terrorist activity to warrant his incarceration.

The lawyer said “the National Judicial Council has no power to sanction a judicial officer for exercising his/her discretion judicially and judicially in an application for the bail of a citizen. In other words, since the NJC is not an appellate court it cannot review the order for the conditional release of Mr. Sowore from illegal custody.”