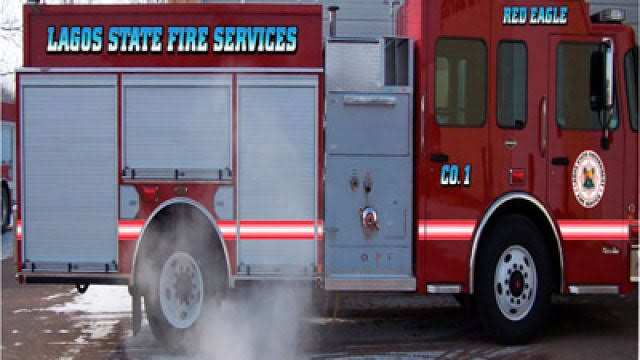 Though, no major casualties were recorded, two adult males suffered minor injuries and have since been taken to an undisclosed hospital for further medical attention.

According to report by the Lagos State Emergency Management Authority, LASEMA, which raced to the scene of incident, revealed that, the affected shops gutted by fire was due to a gas cylinder that exploded in one of the shops.

The fire, which was reported to have emanated from a shop that apparently having several cylinders filled with gas, at about 10.15 pm, escalated to very high degree quickly, which saw it spreading to adjoining structures.

Give Yourselves Up- Cross River Tells Wilmar Attackers

2023: I will Succeed Buhari as President, Nothing Can Change it – Tunde Bakare