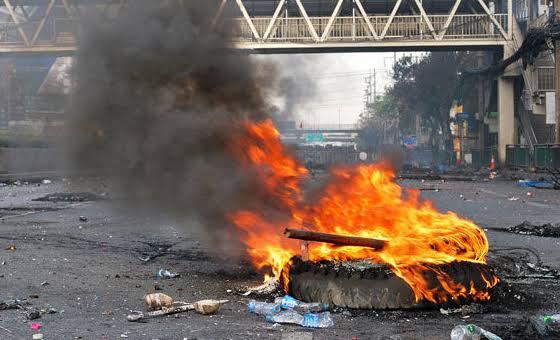 A mob on Monday lynched three men who allegedly robbed a lady in a car at Dutse Alhaji, a suburb of the Federal Capital Territory, Abuja.

The suspected robbers were killed with stones after which their bodies were set ablaze with disused tyres.

Their operational vehicle was also torched.

Posing as passengers in the vehicle,  the suspected robbers were said to have dispossessed their victim of her belongings after which they reportedly pushed her out of the car.

An eyewitness said, “The one chance robbers, after taking their victim’s money, phone and other belongings, pushed her out of their vehicle, but some Okada riders saw them and gave them a hot chase.

“They caught up with the robbers under the Dutse Alhaji bridge. They burnt two of them inside their vehicle while the third one who attempted to escape into Dutse Alhaji market was also caught and stoned to death. His body was then set ablaze with old tyres and fuel.”

N-Power Beneficiaries Get Jobs In Anambra