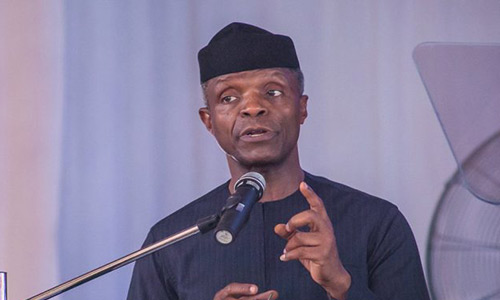 Vice President Yemi Osinbajo has reportedly unveiled that some cabals are behind several allegations springing up against his person.

This was disclosed by Bishop Wale Oke, founder and Presiding Bishop of the Sword of the Spirit Ministries, Ibadan.

The popular cleric also debunked claims that Vice President Osinbajo is corrupt and involved in the N90bn FIRS fund allegedly released for the All Progressives Congress(APC) Presidential campaign.

Bishop Oke made the disclosures while receiving the Nigeria Association of Women Journalists led by Jadesola Ajibola at his church in the Agodi area of Ibadan.

He said, “The VP did not only deny involving himself in any sleaze, but used the opportunity to inform us that some cabals were behind the allegations.

“The VP is always reaching out to Christian leaders on the need to support Buhari. Osinbajo is loyal to a fault.

“So, those plotting his downfall through orchestrated campaigns should fear God. This man is not corrupt. He has been a friend for many years,” he added.

Recall that Osinbajo had threatened to take legal action against those peddling lies and rumours about him.