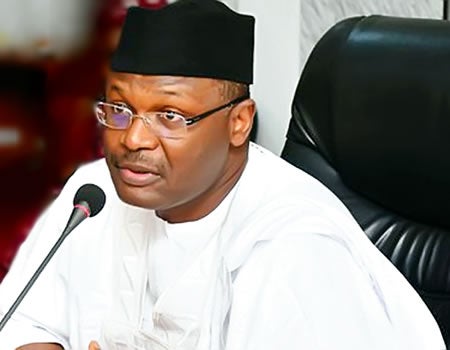 INEC Chairman, Professor Mahmood Yakubu has said he would issue appointment letters to the ad-hoc Staff during the gubernatorial elections.

Yakubu said the gesture would ensure transparency in the provision and management of welfare services for the 26,000 ad-hoc staff.

Professor Yakubu said he would deploy the ad-hoc staff to Bayelsa and Kogi States for the governorship elections.

”The letter would state their terms of reference and entitlements said,” INEC Chairman, Professor Mahmood Yakubu

Yakubu, disclosed this when he made a stopover at the Commission’s office in Kogi/KotonKarfe Local Government Area of Kogi State. That was on his way to Lokoja, the state capital.

Professor Yakubu said the Commission would effectively monitor the administration of funds meant for the welfare of its personnel.