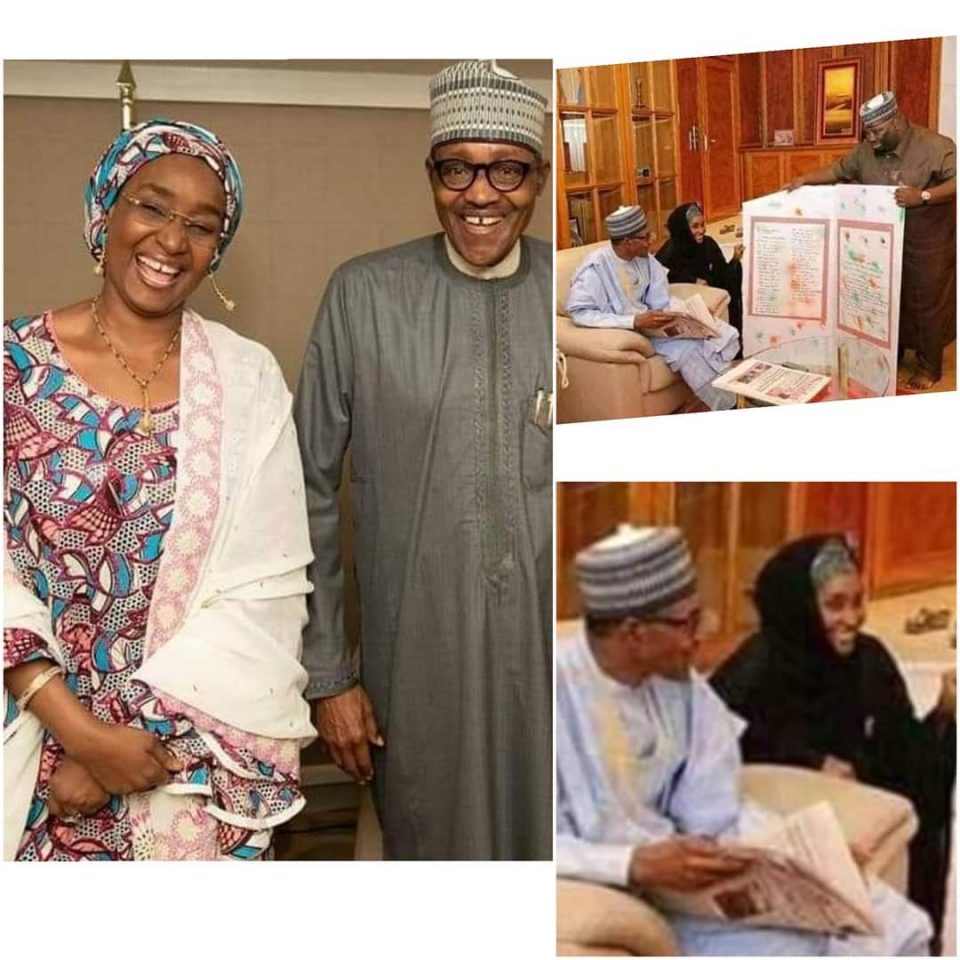 Minister Saida Farouq was responsible for cooking all the meals Buhari and the Cabals ate during political meetings and campaigns, during the All Peoples Party, APP and Congress For Progressive Change, CPC.

Following the speculations that Aisha Buhari may be losing her husband to another woman, it is sad to discover that the reason for the plot is because Hajia Saida Umar Farouq may have stolen Buhari’s heart with delicious food and luscious massages.

If Buhari marries Saida Farouq has he done wrong being a Muslim faithful? The question is begging for an answer

It is popular saying that the way to a man’s heart is food, President Muhammadu Buhari seems not to be an exception.

According to Sahara Reporters, a source who does not want to be named said that Minister Farouq has been a very close friend of Buhari and the cabal for a very long time. She was responsible for cooking all the meals Buhari and the Cabals ate during political meetings and campaigns during the All Peoples Party, APP and Congress For Progressive Change, CPC

Her good food is not the only reason Buhari may be taking her as a second wife, it is also being alleged that Sadia gives the President good massage.

It has also been alleged that Aisha Buhari may have vacated the Villa because of the Plot of the Cabals and pressures from President Mohammadu Buhari and the Cabals to take Hajia Sadia Umar Farouq, the current Minister for Humanitarian Affairs and Disaster Management, as the second wife.

These speculations are probable indications that Aisha may be losing her crown to another woman on Friday, which is also speculated to be the wedding day between Buhari and Sadia.

According to the source’s comments, It also seems to be that an affair may have been going on, or rather, an unusual friendship to sound subtle. According to reports, Aisha Buhari runs a Cosmetic and Beautician Business but may have been pressured to add masseuse after she came to discovered Minister Farouq’s shady activities around the President.

PointBlankNews’s source also disclosed that when the First Lady discovered the unusual relationship, she called the President out on it and demanded an end to the relationship. Unfortunately, Minister Sadia Farouq already gained the support of the Cabals, particularly Mamma Daura, Buhari’s uncle.