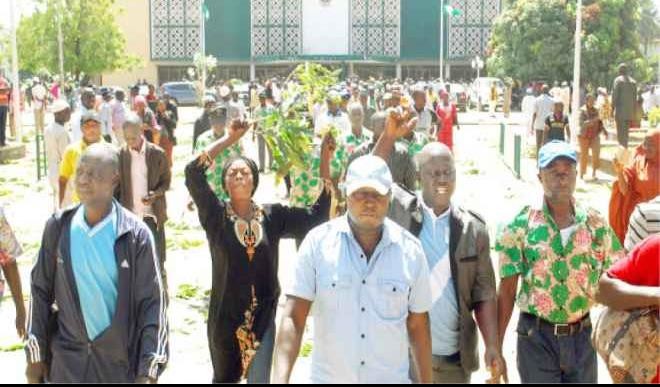 Nigeria Union of Teachers (NUT) has called for inclusion of Gender-Based Violence (GBV) in school curriculum, aimed at eradicating rape and other forms of sexual molestation against children.

The NUT National President, Dr Mohammed Idris, made the call during an education conference with the theme “Oranging Our School: Teachers, Boys and Girls Stand Against Rape’’ held in Abuja on Thursday.

News Agency of Nigeria (NAN) reports that the conference was organised to mark the 16-day Activism Against Gender-Based Violence on Women and Girls, jointly organised by UNESCO, federal ministries of women affairs and education, NUT and others.

Represented by Mr Mike Ike-Ene, the NUT Secretary-General, Idris said the inclusion would go a long way in educating children on the dangers, effects, preventive measures and the appropriate authorities to seek for help when sexually abused.

He said “the issue of rape can be easily taught and disseminated by teachers, because in the past, people were always afraid to talk about it, but teachers could educate students and it would become an internal part of them, which would subsequently become part of our lifestyle.

“ We, therefore, want the study of GBV be included in school curriculum under civic education, so that the young ones would be better equipped to fight rape.”

He condemned the incessant cases of rape and molestation against women and children, calling on teachers to support efforts at ending the scourge by educating students and encouraging them to speak out.

Dr Lydia Giginna, the Director, Education Support Services Department, Federal Ministry of Education, said that the theme of the conference, which focused on rape, was aimed at educating students on the risk and appropriate authorities to consult when molested.

Represented by Mrs Eucharia Chime in the Department, Giginna advised students to be conscious of their environment and be agents of change toward ending GBV.

She said “to avoid this menace, you must always be conscious of your surroundings. Rape sometimes occurs in strange places but always happen in comfort zones.

“When you get back to your school, be an agent of change, a peer educator and gradually, like a mustard seed, we shall have a dream world where sexual assault shall be no more.”

Mrs Funke Oladipo, the Director, Women and Gender Department, Federal Ministry of Women Affairs, said that the ministry was collaborating with religious and traditional leaders, schools and other relevant stakeholders to end the menace.

Oladipo said that the ministry had shelters across the country to enable victims to seek help.

She added that the integration of study of GBV in schools would assist  in grooming the society, especially the young ones.

The UN System Representative, Ms Patience Ekeoba, restated the organisation ‘s commitment toward ending all forms of violence against women and children in the country.

Ekeoba added that the organisation, through the UN, EU Spotlight Initiative, was working toward eliminating all forms of violence against women and girls.

She added that the recent launch of the Nigeria Sexual Offenders Register, which would form database of all those convicted for sexual offences, would be made accessible to the public to name and shame offenders and deter others.

The UN representative, while calling on the society to end all forms of stigmatisation against victims of sexual abuse, encouraged victims to speak out and not feel threatened or intimidated.