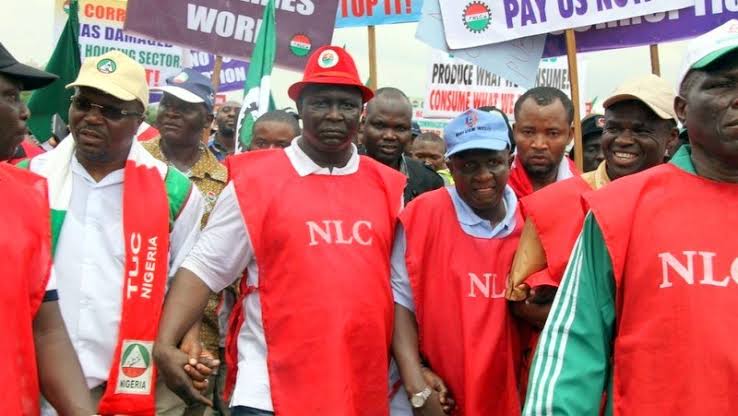 Nigeria Labour Congress (NLC) on Monday urged the First Bank of Nigeria Plc to suspend with immediate effect its planned mass retrenchment of over one thousand Staff.

NLC affiliate, the National Union of Banks, Insurance and Financial Institutions Employees (NUBIFIE), also said that such exercise must be done in line with the provisions of the Labour Act guiding Redundancy Exercise.

In a statement signed by the NLC President, Comrade Ayuba Wabba and made available to journalists in Abuja, the labour unions stated that such action was disheartening to workers across the country.

“The mass retrenchment billed for the end of November 2019 targets workers whose ages range between 35 and 55 years and who have put in an average of 5 years in the services of First Bank of Nigeria PLC.

Wabba further stressed that ”a genuine engagement on this issue with our affiliate, NUBIFIE, which is your workers’ representative organization; and adequate measures to reassure workers of First Bank of Nigeria PLC of your bank’s commitment to protect their rights at work” would be appreciated.

NLC, however, added that should the bank fails to give due consideration to their demands, “we would be left with no other option than to adopt time tested trade union measures to protect the interest and welfare of workers in your organization.”

He explained that what Labour laws recognize and what is extensively provided in Sections 7 and 11 of Nigeria’s Labour Act is that ”employers are required within three (3) months of engagement of an employee to give the employee a written contract of employment which must specify among other things a description of the parties to the contract of employment, the nature of the services (s) to be rendered, the tenure of the contract, remunerations which must be paid, hours of work, the period of notice to be served before the contract can be terminated and possible grounds for the termination of an employee’s contract.”

Sowore Sick: Might be Injected with Poisonous Substance- Family Cries Out