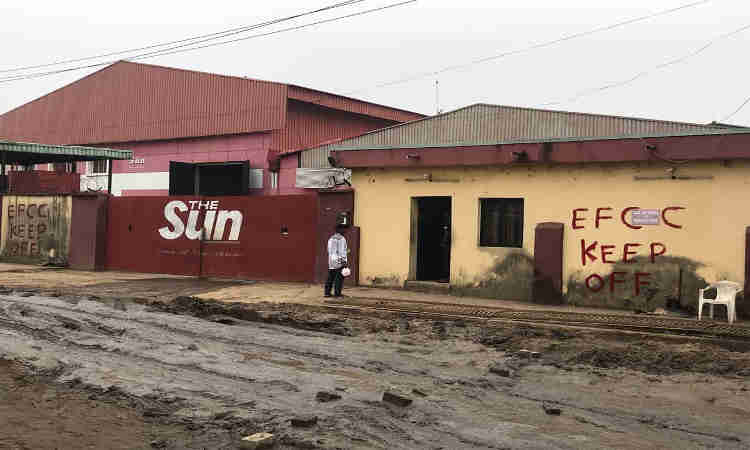 Elder statesman and Afenifere chieftain, Pa Ayo Adebanjo, has reacted to the closure of The SUN Newspaper, by EFCC,  saying, “it’s a bad omen to the country and the media industry.”

According to Adebanjo, ‘” All these happenings are indications that we are back to the full military regime.

A complete tyranny is what is going on.

“That’s why they are trying to smuggle in Hate Speech law. “The media should not keep quiet at this time. “Its high time for the media to stand up for the truth and defend the masses. It’s another clarion call.”

Sun Newspaper Confirms Seal of its Office by EFCC 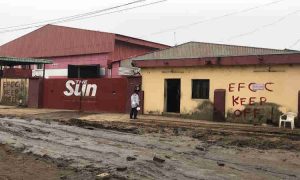 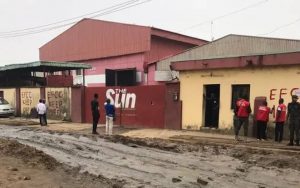 This was disclosed in a statement signed by the management said the officials put up a notice for staff and the general public to keep off the premises.

The EFCC officials, who came in a white Toyota bus with registration number, ABUJA BWR-644GA, wrote on The Sun’s fence, “EFCC, keep off.”

They also advised staff to collect their personal belongings from the office as they will come back to seal the premises completely.

The management said: “We do not understand the legal basis for this EFCC action.

It is on record that there is a pending appeal at the Supreme Court with Suit No: SC/546/2018 wherein The Sun Publishing Limited appealed against the Judgement delivered by the Court of Appeal on the interim forfeiture order made against it by a Federal High Court in 2007 based on ex parte proceeding.

The Notice of Appeal and Motion for Stay of Execution were duly served on EFCC by the bailiffs of the Court.

“It is also pertinent to state that EFCC overrides a letter written by Counsel to The Sun Publishing Limited, dated 22nd May 2018 and duly received by one Caleb Peter on behalf of Rotimi Jacobs & Co. was further put on notice of the pending appeal at the Supreme Court and advised to stay action in the matter pending the hearing of the Motion for Stay of execution and the appeal. 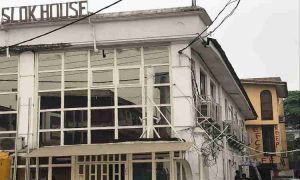 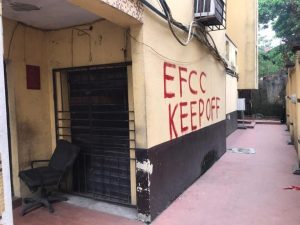 The Nigeria Union of Journalists (NUJ), Lagos State Council, has condemned Monday’s invasion of the Apapa, Lagos premises of The Sun Newspapers by operatives of the Economic and Financial Crimes Commission (EFCC).

A statement by the Chairman of the Council, Mr Deji Elumoye, described the seal-up of the newspaper house as “barbaric’’.

The union wondered why the EFCC would ransack the premises of the media outfit without any search warrant and subject innocent workers to undue stress.

According to the statement, the EFCC by the invasion had infringed on the fundamental human rights of the workers whose movement in and out of the company premises was curtailed by security operatives for over an hour.

“This is a great violation of the freedom of movement and association of the affected citizens, as entrenched in the 1999 Constitution of Nigeria, as amended.

“The Council, therefore, gave EFCC a 72-hour ultimatum to publicly apologise to the Management of The Sun and the affected staff, for the unwarranted siege, failure which we will not hesitate to ask our team of lawyers to seek redress in court,’’ the union said.

It added that if The Sun as a media outfit had erred or had issues with EFCC or anybody or an organisation, the Court of Law is the proper place to seek redress, rather than taking the laws into their hands as EFCC just did.