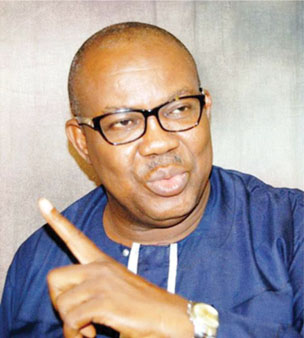 Founder, Igbo Youth Movement (IYM) and Secretary-General of Eastern Consultative Assembly (ECA), Evangelist Elliot Ugochukwu Uko has said that the Southern group which supported the emergence of President Muhammadu Buhari has now begun to speak up against his administration’s policies because they are being humiliated publicly by the president.

Uko who stated this in a statement made available to our correspondents on Friday, accused the Buhari government of promoting a culture of lawlessness by its disobedience of court orders and extrajudicial killings of particularly pro-Biafra agitators in the South East geopolitical zone.

According to him, it has now become obvious, with the treatment meted out to Sahara Reporters publisher, Omowole Sowore by the Department of State Services (DSS) that, “we do not have a country.”

In apparent reference to the South West zone, which led the southern All Progressive Congress (APC) alliance that brought Buhari to power, Uko said that the ‘southern group’ that supported the emergence of the President in 2015 “out envy and spite” for the people of Eastern Nigeria, have only succeeded in electing a government which now subjects them to constant public humiliation.

He pointed out that over 50 year after the Biafra war, Nigeria has come to a stage where there is not much hope for the future. This, he said, is as a result of hypocrisy, nepotism and fear of truth by those who found themselves in control of government.

“The unfortunate mistake consistently made by leaders of Nigeria and their friends, is the quite infantile assumption that the younger generation do not note their hypocrisy, nepotism, parochial regional agendas and their sickening paranoia and fear of the truth. They need to be told in very clear terms that the younger generation are conscious of these avoidable flaws and that they are deeply disappointed,” he said.

“Half a century after the very internecine fratricidal bloodbath that threw up a very corrupt and inept political class, the world has noted with disappointment the total absence of any positive outlook from any indices or parameters that could point to hope of any sort in the near future.

“Today, the leadership certain folks enthroned out of anger, envy and other self serving reasons, have emerged both uncontrollable and insensitive, marching ferociously with a never before seen,single mindedness to only God knows where. Today, their southern partner and ally is deliberately being publicly humiliated in a manner to suggest someone wants to provoke a fight.”

Uko said the humiliated zone, has, however, met secretly to vow that enough is enough over the continued detention of their son (Omowole Sowore) for calling for a revolution.

“Today, a large chunk of the community of the humiliated zone have met secretly and vowed that enough is enough!” he said.

“They are suddenly speaking up against the continued detention of their son over his demand for a revolution. One newspaper suddenly woke up to the fact that our leader is a General, and should be addressed so. Even our respected Nobel Laureate called the enforcers, dogs. Quite interesting times we are in.

“We all need to be reminded, that every adult Nigerian ‘enjoyed’ this same great leadership style of our ‘messiah’ between 1984 and 1985. He couldn’t have changed overnight. He has always been the same good old ‘messiah’ with the same world view over the years. His religious, cultural, regional values could not have suddenly changed. He is here for good for all of us to enjoy his unequalled leadership traits.

“200 million Nigerians are thoroughly enjoying his great leadership skills. We are all very grateful to those who brought and enthroned him 4 and half years ago.

“Which brings us to the sickening hypocrisy and two faced culture of our senior lawyers and so called human rights and democracy warriors.

“As far as they are concerned, it was alright to march around singing boys and girls in a school compound in Aba and slaughter them. That was cool, as we didn’t hear a whimper from our loquacious human rights lawyers. Protesters have been mowed down in Onitsha, Port Harcourt, Awka, Asaba, Umuahia etc, including inside a church at Nkpor. Every body kept mute, thereby approving and institutionalising extra judicial killings.

“Dozens of court orders have been disobeyed in the past four and half years, thousands have  been murdered by herdsmen within the same period, National Assembly, residents of senior judges have been invaded, we accepted all these anomalies, because of political convenience.

“Today, Southern ally of the government are finally discovering the courage to speak up, probably because they are weeded out from government like unwanted weed. Could be because they saw Ndigbo rally around their own son, maybe.

“What ever opened their eyes should also prick their conscience, as we wonder aloud: Do we have a nation if you we only react when our son is involved and play blind when easterners are murdered extra-judicially? Do we have a country yet? It’s very instructive that those who brought the messiah only spoke up when they became victims. Very interesting times indeed.

“Every body should be reminded that this hypocrisy and pretense to one country, is actually the chief reason millions of Nigerians want out of the union. The hypocrisy and the pretense is sickening.”

Minister Vows To Deal With Airline Operator Who Undermines Nigerians

74th UNGA: Buhari Speaks on Tuesday as the 5th Speaker