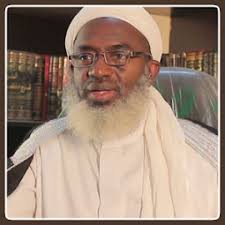 Gumi explained that religion and politics has polarized Nigeria now more than ever in its history.

“But there is an extent to which they can go because the scriptures are there. It is all about morality. It is all about good neighbourliness and compassion. Religion is never a problem but those who manipulate religion are. That is where the problem is. The division in the country is caused by the political leadership. We don’t have good leaders.

“We have leadership that still believes it is in opposition. It is structured to be opposing like critics. They are in power but they still behave as if they are in opposition. I recently heard the Vice President saying they could not tackle poverty because of the past government.

“You are in your fifth year of leadership yet you still blame somebody for not turning things around? Adolf Hitler met Germany in utter disaster but, in a few years, Germany was producing machines to fight the world. It is leadership. The economy is dependent on leadership. We don’t have that. There is crime everywhere. We are spending wrongly.”

Gumi’s remark is coming at a time Theophilus Danjuma, former Defence Minister, lamented about the things happening in Nigeria.

Danjuma had made the remark while lamenting that leaders from the South West were afraid of speaking out against the Federal Government.

Microsoft Gets $10b Cloud-Computing Award From U.S Department Of Defense

Video Of Woman That Turned Goat In Ekiti

Driver Crushed to Death in Accident along Lagos- Abeokuta Expressway