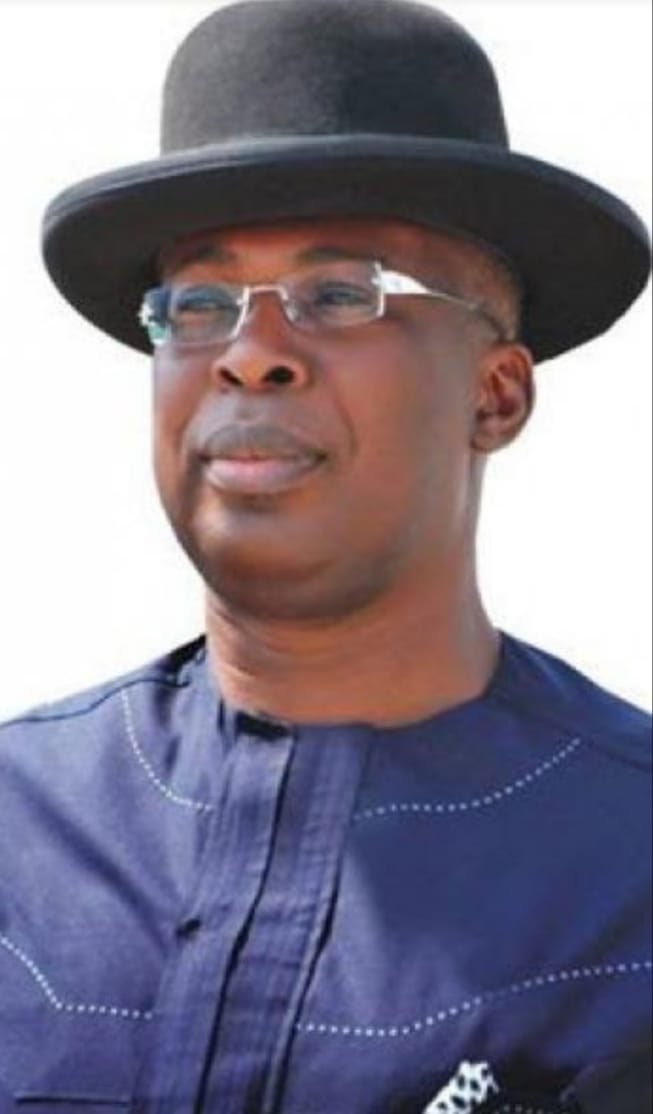 Honorable Minister of State for Petroleum Resources, H.E. Chief Timipre Sylva has declared 2020 as the year of Gas for the Nation”, the news piece started.

What amazing news! And certainly long overdue. As it seems, Nigerian officials have finally taken the cue. As I have said ever so often, more than an oil nation, Nigeria is a gas nation. It just doesn’t act like it.

Undoubtedly, natural gas has the enormous potential to diversify and grow the Nigerian economy, power its industries and homes, produce ever-so-lacking wealth, create jobs, develop associated industries in the petrochemical sector, raise people out of poverty, the list goes on.

Mr. Sylva’s demonstrated intent could perhaps become the most relevant political action anyone has taken in Nigeria in years and could change the country forever; and yet, the work ahead is so vast, we can only hope he has the strength to pull it off.

To be sure, naming 2020 the year of gas for Nigeria has a really nice ring to it, but marketing alone will not cut it. Concerted governmental action is essential if we are to see true growth in the liquefied petroleum gas (LPG) sector, and first of all, we need to see a conclusion to the long delayed Nigerian Gas Flare Commercialisation Programme.

Sylva stated that this was his main priority, so let’s hope it happens soon.

Once the programme is cleared, oil producers will have a more conclusive alternative to flaring. They will be able to monetize a resource that has so far been wasted, but still that will not suffice.

The flaring issue in Nigeria is tremendous. Every year, 2 million tonnes of LPG are flared, instead of being used as a source of power or feedstock.

That means millions of dollars literally going up in smoke. Nigeria’s zero-flaring programme has been on-going for years, and yet, the Nigerian National Petroleum Corporation (NNPC) has just released results that indicate that gas flaring has been consistently increasing over time.

Morespecifically, “a total of 276.04 billion cubic feet (bcf) of natural gas was flared from Nigeria’s oil fields between September 2018 and September 2019”.

Further,  NNPC stated that “the volume of gas flared within this period was more than what was supplied to power generation companies for electricity production which was 275.31bcf”.

This is taking place in a country where 45% of the population does not have access to electricity, besides the extremely detrimental effect that has on businesses ability to compete and the extraordinary environmental damage that represents.

Already, the federal government announced in August that it would not be able to fulfill its Zero Routine Flaring target by 2020 and is yet to provide a new deadline for this goal to be achieved.

The problem remains the same as ever. It is much, much cheaper for producers to flare up and pay the fines than do anything about it. This can not continue to be. Stronger action is needed and it falls on Mr. Sylva’s leadership to see it done.

I don’t mean by this to point the finger at oil producers. Most would probably want to monetize that resource, and would if they could. But we lack legislation, infrastructure, pricing regulations, and actors ready to receive the feedstock.

Theycan’t just pipe the gas somewhere and hope for the best. We need to focus on deepening domestic gas penetration and promote adoption amongst the population, foster the development of gas associated industries like ammonia and urea plants, use this resource for power generation, etc. Demand doesn’t grow out of nowhere.

For this to workout, everybody needs to work together. That means the ministry and the NNPC need to partner with the international oil companies, the indigenous oil companies as well as with the country’s financial institutions to create the solutions that can make this industry flourish. That is a tall job, but an essential one.

Of course, the news that the output of liquefied natural gas (LNG) coming from the Bonny LNG-plant is going to expand by 35% once the 7th LNG train is operational is fantastic.

Nigeria will strengthen its position as one of the world’s biggest LNG exporters and that will bring considerable wealth for the country, but its people continue to be in the dark.

And LNG expansion projects are something IOCs are well prepared to do, but there are other important roles in boosting the gas industry that have to be taken by others.

I speak of course of marginal field development, a topic that is of fundamental importance to me and that I have extensively covered in my most recent book Billions at Play: The Future of African Oil and Doing Deals. Both for oil and gas, Nigeria’s marginal field development programme showed incredible promise when it was first launched in 2013. It gave opportunities to local companies to explore smaller discoveries that were uninteresting for the majors, which in turn allowed them to gain experience in leading exploration and production projects on their own.

Further, it opened opportunities for domestic use of natural gas for power generation. That programme is now being copied by Angola, and yet, it has stalled in Nigeria.

Further, as I have extensively debated over the years, and most extensively in Billions at Play, we need to dramatically invest in Nigeria’s ability to negotiate and manage contracts.

This applies both to the need to respect the sanctity of contracts, a fundamental part of giving international investors the confidence to trust that what they sign for will be respected, but also learning to choose who to sign contracts with.

The current debacle with P&ID, an unknown little company that has managed to sue the Nigerian government for breach of contract in the English courts and is seeking USD$9.6 billion in compensation, is an incomprehensible situation that should never have taken place.

We need to know who our partners are and who we should be signing contracts with, and then stick by them.

Only by combining the role of the majors, the indigenous companies, the necessary infrastructure development for gas transportation, bridging with the nation’s banks to help finance projects and by giving a clear legal framework to the sector, can we hope to succeed.

I do not doubt that this is possible to accomplish in 2020 and the years to come, but coming from the experience of recent years, it does not seem probable, and no one pays the price for that more than everyday Nigerians, that continue to fail to benefit from its country’s resources.

Action is necessary as a matter of urgency.

This week it was disclosed that international oil and gas companies were holding back an estimated USD$58.4 billion in investments in oil and gas projects in Nigeria because of regulatory uncertainty. Foreign Direct Investment in Nigeria was USD$1.9 billion in 2018. It’s not like we don’t need the money.

But how can we expect international oil companies to feel comfortable signing off on billions in investment if after 20-plus years of negotiations we still haven’t managed to settle on the Petroleum Industry Bill that will oversee the sector? Who can blame them for waiting to see what happens?

They are waiting for us to figure out how we want to regulate the industry, and after 20 years, we still don’t seem to know. That has to change, and soon.

Nigeria has an estimated 200 trillion cubic feet of gas reserves. It is high-time to put them to use. With the right policies we could change the face of the country completely. We could give light to our people, we could power our industries, releasing them from the handicapping dependency on diesel generators that make it all but impossible for them to be competitive, we could relinquish ourselves from our dependency on imported fuel for power and heat, we could create new opportunities for job creation and industrial development, we could take millions of people out of poverty… Further, strong domestic gas and gas-based industries could help boost intra-African trade, create new synergies with our neighbours, boost integration of power generation networks, establish new partnerships, even contribute to peace.

What I am saying, I say as an African, and it applies to many countries across the continent. However, Nigeria is in a prime position to truly enact change and be a beacon to others by showing leadership and resolve. It is the continent’s biggest economy and has the continent’s biggest reserves of hydrocarbons, both oil and gas. NNPC already works with some of the best major IOCs and the country has Africa’s best and most developed indigenous exploration and production capabilities. Let’s give ourselves the opportunity to be better and to live better, by taking advantage of the resources we already possess.

Mr. Sylva is showing leadership and drive. So far, he has proven himself to be the leader that Nigeria needs to develop new LPG and LNG industries that will take the country to the next level of development, not only economically speaking, but socially, environmentally, humanly.

So let’s hope he can pull through the great transformations that need to occur for 2020 to truly be Nigeria’s year of gas.

Osinbajo Should Not Resign, Let’s See Their Action, Then We’ll Act -Akintoye

COVID-19 Will Get Worse Before It Gets Better- Trump