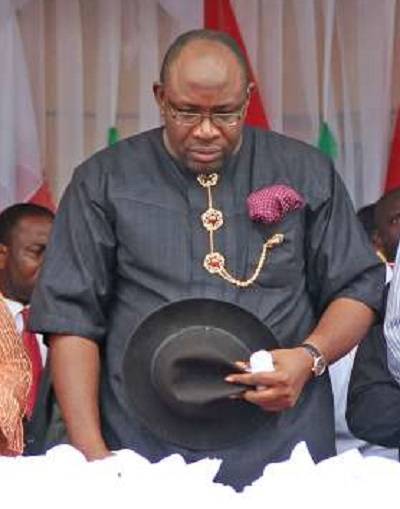 The abducted 6-year-old-son of Bayelsa State Commissioner for Water Resources, Hon Nengi Talbot has been rescued by operatives of the state police command after 15 days in incarceration.

However, Antonio was rescued Tuesday afternoon by a team of operatives from Operation Puff Adder led by DSP Chris Nwaogbo at the riverside town of Ikiebiri in Southern Ijaw Local Government Area of the state.

Five of Talbot abductors were arrested by the police while the alleged ring leader of the kidnap gang is on the run.

The commissioner’s son was abducted at about 8.30 pm, three days to Christmas at his parents Opolo commissioners quarter by the gunmen who also carted away from a suitcase containing their victim’s father certificates and other vital documents thinking it was stashed with cash.

The rescued lad was presented to the state commissioner of Police, Mr Uche Anozia who in turn handed over the boy to his elated parents at the Marine Police jetty in Yenagoa at about 6.30 pm.

Presenting the child to the parents, Mr Anozia said: “the rescue of the child was as a result of the effort put in place by the police command.

We have been chasing the kidnappers from a creek to creek. You know Bayelsa is about 80 per cent of water. “Today we went to Ikiebiri where the child was k 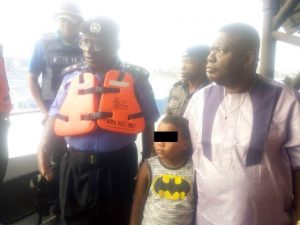 ept and being fed by a man.

Fortunately, we succeeded in rescuing the child and also arrested his abductors.”

Narrating his ordeal, little Antonio said he was fed on noddles and tea during the day and soup and fish at night.

The elated father of the child, Mr Nengi Talbot, thanked God for ensuring that no harm came his son’s way during his incarceration at the kidnappers’ den.

“It has been a nightmarish experience for us since his abduction on December 22, 2019. I want to thank God, the state police command and all those who made the rescue of my son possible.

“Most kidnapped victims are often killed but I thank God my son was rescued unhurt,” he said.