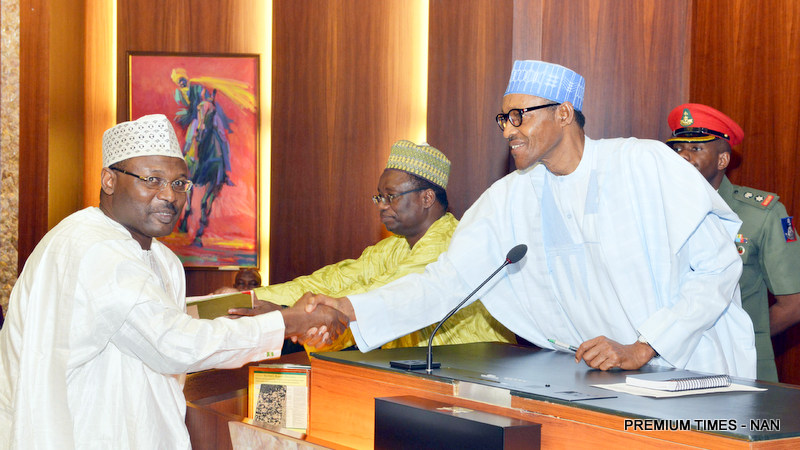 The leadership of the Peoples Democratic Party (PDP) has said  President Muhammadu Buhari’s recent comments on the nation’s electoral process under the current Independent National Electoral Commission (INEC) have raised fresh issues on the credibility of the February 2019 presidential election.

Kola Ologbondiyan, the PDP National Publicity Secretary, on Wednesday said Buhari’s statement demanding that INEC and the Police should ensure the will of the people prevailed in free, fair and credible elections is questionable.

According to Ologbondiyan, Buhari had allegedly admitted that preceding elections under the current dispensation have been less than credible.

PDP made allusion to the recent elections in Bayelsa and Kogi states where it was alleged that the All Progressives Congress (APC) turned the two states to theaters of war.

Ologbondiyan said: “This is a weighty verdict by Mr. President on the huge electoral fraud perpetrated in the 2019 elections by his party, APC.

“Though the verdict of the Supreme Court on the Presidential Election stands, in total obedience to our laws, the fact remains that the violent manipulations of the 2019 elections in favour of the APC and its candidates will continue to stare our nation in the face.

“Mr. President’s remark shows that, in their innermost conscience, beneficiaries of manipulated polls are always confronted with the truth.

“Furthermore, the PDP tasks the management of INEC and the Police to come clean of the details of their recent meeting with President Buhari which is coming ahead of about 28 impending runoffs and by-elections scheduled for this month.

READ ALSO: 2023: Jonathan Reacts to Insinuation that He’s Under Pressure to Contest

“Our party holds that INEC is an independent electoral commission whose activities and processes are clearly governed by the law and extant rules and not by the dictates or prescriptions of the President.

“Mr. President should, therefore, steer clear of INEC while the commission must assert its independence and desist from going to the Presidential villa for instructions on elections.

Nigerians have their doubts if the hugely compromised INEC under Professor Yakubu can be anything independent.

“However, if, indeed, Mr President is committed to ensuring free, fair and credible electoral process, he should reintroduce the 8th Assembly’s Electoral Act Amendment bill, which he refused to sign.

And make a fresh commitment to sign it into law immediately it is retooled to meet current exigencies and passed by the current National Assembly.

“He should order the prosecution of security agents involved in the invasion of polling centers and shoot at voters in recent elections.

He should also reciprocate the benevolence of Nigerians by recreating an electoral atmosphere like the one that brought him into office in 2015.”

2023: Jonathan Reacts to Insinuation that He’s Under Pressure to Contest

Buhari Relieves 35 Aides to Osinbajo of their Jobs